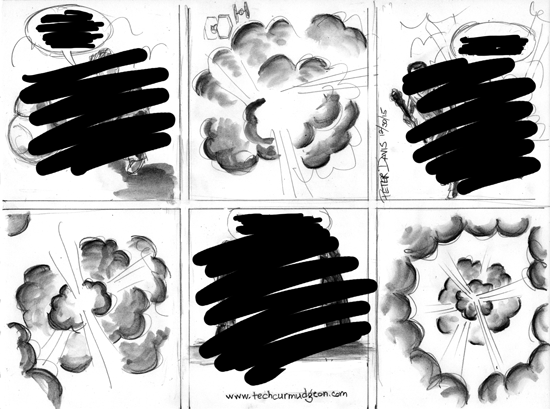 A Visit From the Sith

‘Twas a long time ago, in a galaxy far away, a
Pair of droids came to Tatooine with a message from Leia.
The droids were picked up by a young guy named Luke
Who then had to locate some old desert kook.

This kook, Ben Kenobi, had once known Luke’s father,
And knew this message meant a whole lot of bother.
For Luke finally saw the droid’s whole 3D flick.
‘Twas a plea for help from some outer space chick.

She had stolen the plans for the Empire’s Death Star
Which could wipe out whole planets in space from afar.
Ben, whose real name was Obi-wan, once was a Jedi,
But retired and flew down to Tatooine on the red eye.

So Obi and Luke went to hang at a bar
In search of a pilot who’d take them as far
As the rebel alliance’s secret location,
But along the way, they found a big honking station

Whose commander had such a noisy respirator,
They knew in a moment it must be Darth Vader.
So they rescued the princess, and escaped alive,
Bringing plans to the rebels on a thumb drive.

Then they handed the plans to the head rebel geek
So he could find where the Death Star might be weak.
The Death Star’s designers left an open back door,
With a duct that lead straight to the reactor core.

Thus they knew Luke was a Jedi without equal
(At least till they saw the script for the first sequel.)
But his message came through as he flew out of sight:
May the force be with you, and to all a good night.
Posted by Unknown at 8:20 AM 0 comments 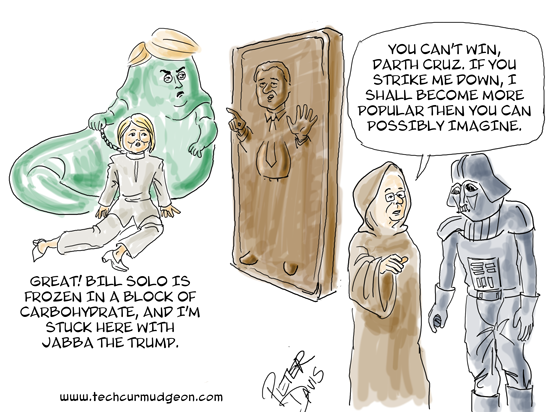 Star Wars!
Disney has its whores
Trying to sell scores
of Luke underwear.

At first, they made a mint off what’s now Episode IV
And even more from what came later.
Then they made a whole trilogy that went before
About how young Anakin became Darth Vader.

Star Wars!
Enough of the Star Wars!
My closets and drawers
Are full of this crap.

(Bump-biddi-be-dump-dump whatever until you get sick of it.)
Posted by Unknown at 12:00 AM 0 comments 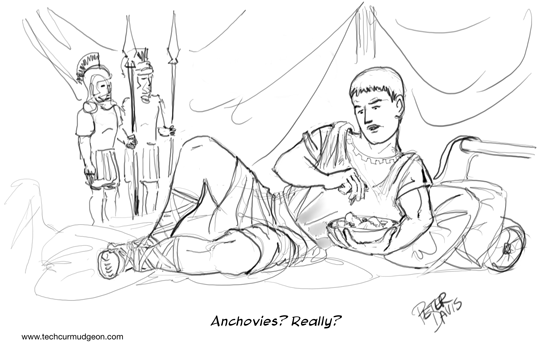 My country tis of thee,
Sweet land of liberty,
Don’t take our guns.
The second amendment
Trumps any president,
So every resident
Can get some guns.

All throughout history
Folks have used weaponry.
Don’t take our guns.
Our cause is justified
By all the folks that died
To serve our national pride.
Let’s keep our guns.

Some innocents get shot
But not an awful lot.
Don’t take our guns.
Gun fights can get intense.
Sometimes there’s accidents.
Nothing no law prevents.
We need our guns.

Let gunshots fill the air,
Bullets fly everywhere.
Don’t take our guns.
We need some self-defense,
Till there’s a border fence,
And terrorists get some sense.
We need more guns.
Posted by Unknown at 12:00 AM 0 comments