For local police driving tanks,
We give thanks.
For partisanship that’s hateful,
We are grateful.
For states solid red and blue,
Merci beaucoup.
For every ringing mobile phön,
Danke schön.
For greenhouse gases,
Gracias.
For all the tweets we follow,
Mahalo.
For all the crap on the Internet,
We’re in debt.
Posted by Unknown at 8:35 AM 0 comments

“So why would Nostradamus be so interested in where humankind started,” Jackie wondered.

One of the Lumbras spoke. “No, he wishes to prevent humankind from populating the planet. I believe he intends to kill the earliest humans.”

Another Lumbra joined. “It might be possible, but obviously he did not succeed.”

“Not in this universe,” added a third.

“This universe … ?” Jackie was bewildered.

“I’ll explain it later,” said Steve. “Maybe we have to go stop him. Maybe that’s why he will not have succeeded.”

“Yes,” Jackie agreed. “We must definitely stop him from killing the first humans.”

“AMNOZ, are you ready? Can we load those coordinates?”

“I will set your coordinates.” AMNOZ spoke matter-of-factly. “But I will remain here. I have little to contribute to your encounter with Nostradamus, and there’s so much to learn here.”

Another Lumbra filled in. “You can return one yoctosecond from now.”

Jackie was impatient. “Let’s get this over with.”

But Steve’s finger was already on the button. The next moment was two million years earlier. 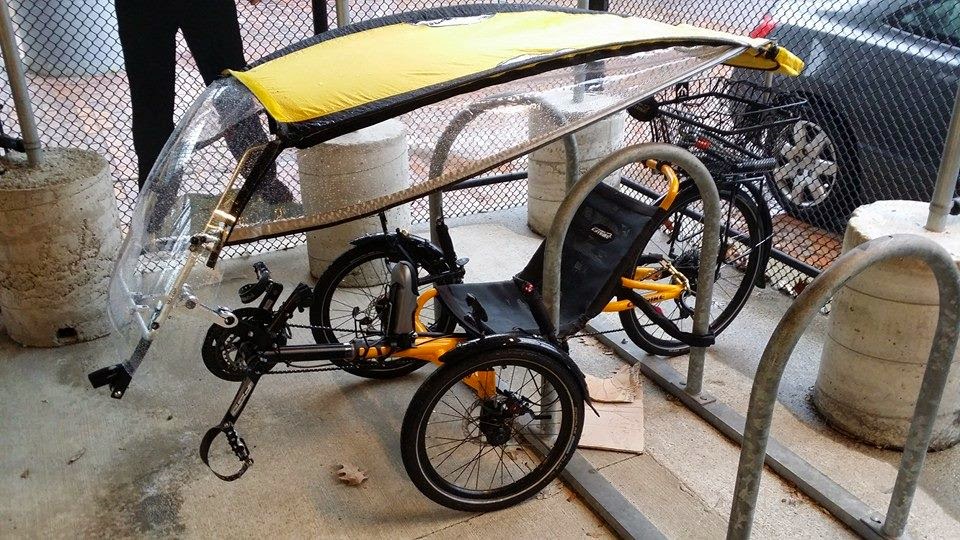 After rhapsodizing about the joys of the recumbent trike last week, I thought I should at least show you the vehicle in question. Above is my current year-round commuter, complete with retractable fabric top (Veltop) and windshield for all-weather use. It may look hokey, but it does actually keep me dry. It's like driving a big umbrella around.

Beneath that top is a 2013 Catrike Villager with the 26" rear wheel upgrade from Utah Trikes.
Posted by Unknown at 2:40 PM 2 comments 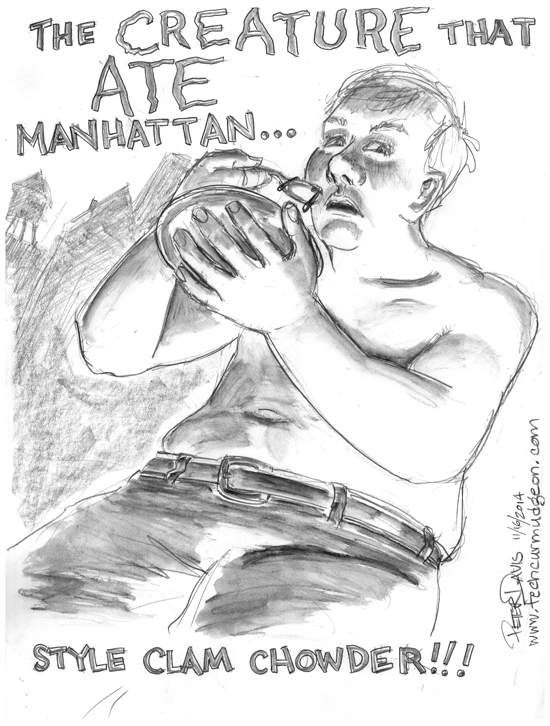 Jackie started. “So what makes this particular site interesting?”

The second Lumbra from the left was quick to respond. “As we explained to Nostradamus, this is the first place where cave painting and certain other evidence has been found. It’s roughly a million and a half years before anything remotely like it.”

“Footwear.” This time it was another Lumbra, who had not previously spoken.

This got Steve’s attention. “Huh?”

“There are the usual indications of foot shuffling and movement at this site, but no sign of toes. It’s as if these … I think we must call them people … these people had fashioned some kind of footwear. Sandals, perhaps.”

“So what does this mean?” Steve was either asking about the site or the cave painting.

“This site has the oldest signs of what could unmistakably be called human. This is where it started.”
Posted by Unknown at 12:00 AM 0 comments

With the CU decision they wrote
SCotUS unleashed campaign finance bloat.
All the influence peddling
And big money meddling
Nearly tempted us to go and vote!

Three Wheels Are Better Than Two

Don’t get me wrong. I’m still a committed cyclist. It’s just that now, the cycle is as likely to be a trike as a bike. Trikes, the 3-wheeled human powered cycles, are an exciting alternative to bikes for a variety of reasons. Note that trikes come in two main varieties: tadpole (one drive wheel in back, two steerable wheels in front) and delta (two wheels in back, one or both of which may be drive wheels, and one steerable wheel in the front.) There may be variations on these, because let’s face it, cyclists tend to be crazy hackers, but most trikes fall into one or the other of these categories.

Regardless, there are a number of distinct advantages that trikes have over bikes. For example,


I should also mention that, because of the seating angle, you’re looking up at the scenery instead of down at the road. 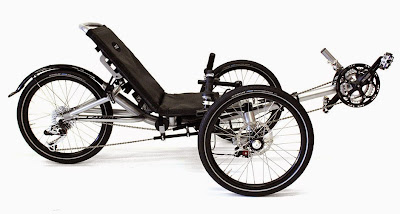 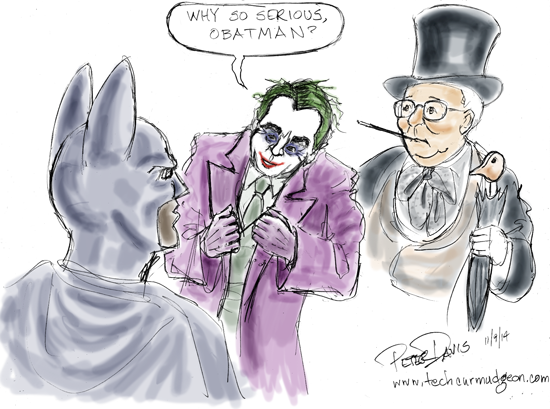 WTF: Do cats communicate with each other?

Question: Do cats communicate with each other?

Beyond this, however, cats have been observed interacting with each other in various ways. The most common forms of intra-species communication are staring, hissing, playful wrestling and sniffing each other’s butts. The staring, hissing and wrestling behaviors are believed to be a kind of mock aggression as a rehearsal for actual combat. The butt sniffing is anyone’s guess.

Note that while cats exhibit a variety of behaviors for expressing themselves to humans and to each other, there is no evidence whatsoever that they understand any of the responses.

“So, this Frenchman …” Steve began.

“Yes, Nostradamus. Did he say where or when he was going next?”

“Not explicitly, but we inferred it from his great interest in the archaeological finds at Kenya and Tanzania.”

Another Lumbra spoke. “He did say he was coming from a big house where he landed on some furniture, fell over, and woke a man, who then died of fright on seeing him. He was pretty vague about the whole thing.”

“And you think he was going where?”

“Here,” replied the first Lumbra. “The site of the first humanoids … a woman and an overweight man. Look at the holoview. You can see the earliest cave painting.”

Steve gawked at the image. There, plainly on the wall, was simply a stack of horizontal lines, alternately long and short.

“This reminds me of something,” muttered Steve.

It would be hard to retain my blogging license if I didn’t weigh in on the recent election in some fashion. But first, I’m going to ask you to cast your thoughts back … way back … to 2012. After Obama’s re-election, all the usual pundits took to the air waves (and Internet waves) to pass judgment on the defeated Republican party. The party was in shambles, they said, and was doomed to wander the desert for generations, since they clearly failed to embrace the new national demographics.

This week, the pundit-sphere is again hearkening to the sound of defeat, and near-permanent exile from political control. Only this time, it’s the Democrats who are condemned to wander in the wilderness.

The point is, neither party, and no 3rd party, is ever going to have a lock on power. Because really, there’s only ever one single question on the ballot: Am I satisfied?

That’s right. The only thing going through the mind of John Q. Voter or Jane Q. Voter when he or she enters that voting booth is “Can things be better?” It’s a simple yes-or-no question. There’s no nuance. No issues. No policies or ideologies.

All that comes during the campaign … the issues and policies and promises. And they’re really only intended to serve one purpose … to make you, the voter, feel happy or unhappy. Campaigns are built entirely on two kinds of messages (the insider term for commercials interrupting your favorite shows.) Message 1 is “So-and-so sucks! Just look at all the terrible things he/she/it has done!”

Message 2 is “So-and-so will bring you happiness!”

And they just keep bombarding you with these messages, relentlessly, until by election day, when John or Jane Q. walks into that booth, the only thoughts they’re capable of are “Things are bad. We need change,” or “Things are good. Let’s keep going.”

That said, I’ll be happy to accept huge consulting fees for campaign advice and guidance.

Some of you may remember the 2014 mid-term elections. We planned to use this space to report and comment on the results, but frankly, we’re too sleepy to wait even for the West coast polls to close, let alone for all the recounts and challenges.

So let’s look at what we know already. Congress, which has accomplished next to nothing for the last several years, will uphold that proud tradition, regardless of which party controls the Senate. Democrats, who have bemoaned the stifling power of the filibuster, may discover a new love for that tactic. Or not.

Scott Brown, the only person to lose Senate races to two different women, Elizabeth Warren (D-Massachusetts) and Jeanne Shaheen (D-New Hampshire), will find a new state to be from.

Venerable talking heads will be dusted off and put in front of cameras, to pontificate about the results in terms that can be redefined in the event that outcomes reverse themselves.

The biggest surprise is that, unlike a typical mid-term election in which half the voters are pissed off at the outcome, we predict that 100% [+/- 50%] of voters will be pissed off about at least some of the outcomes this year.

This week’s WTF question was submitted by alert reader Ruth B. of Michigan. Ruth asks:

Question: Why does evil exist?

This was later refined to:

Answer: Stripes and other cyclic patterns are a sort of graphic equivalent of rhythm. They reassure us by repeating the same sequence over and over again. Predictability gives us a sense of stability and safety. Interestingly, that also relates to evil, which is typically some completely shocking and disorienting behavior.

Or, maybe the stripes remind us of what the U.S. flag traditionally stood for … freedom from fear, freedom from want and all that Norman Rockwell stuff.

Or maybe the stripes suggest prison outfits … or bars … the desired comeuppance for evil-doers. (Actually, I think the experts in criminal justice fashion have settled on perp walk orange as the preferred look for convicts.)

Or … I don’t know. Sometimes a stripe is just a stripe. Geez, Ruth, couldn’t you have asked me something simple, like “How can we overcome political partisanship?” (To be answered in a future WTF post.)

Remember to submit questions to wtf@techcurmudgeon.info.
Posted by Unknown at 12:00 AM 0 comments