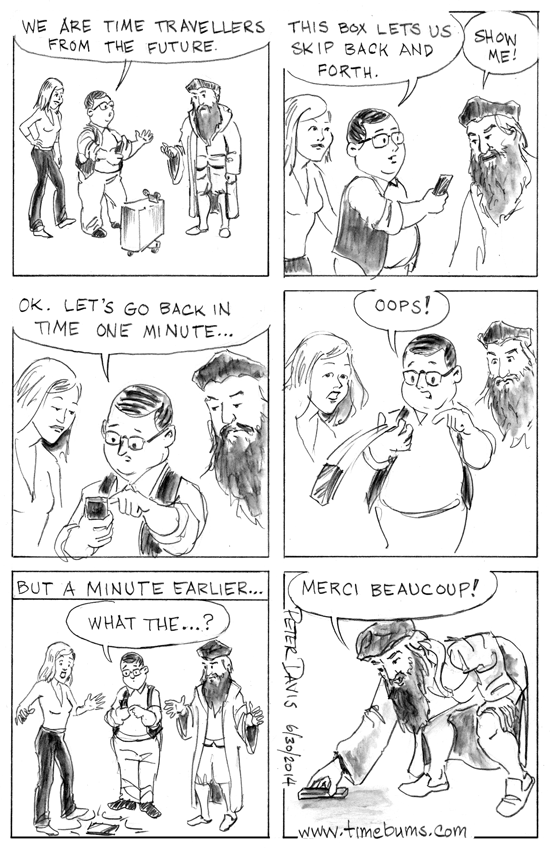 Now your cell phone is sacrosanct.
Aereo must give up what they’ve banked.
The Supreme Court rejected
Abortions protected,
And, of course, Obama got spanked.
Posted by Unknown at 6:57 PM 0 comments

If you’ve been paying attention, you know how often I extoll the virtues of biking and bike commuting … fresh air, exercise, stress relief, freedom from gas, and a smug sense of superiority. Well, that’s ok, but enough is enough.

The Minuteman Bikeway, my main commuting route, is starting to look like I-95 during rush hour. We even have delays due to disabled bikes and strollers. And the bike parking area at the transit station is full by 8 in the morning. (Well, not completely full, but the good spots are taken, and only the weird impossible-to-use double-decker bike racks are available.)

Moreover, some of my fellow bikers occasionally flout (not flaunt) various local ordinances (not ordnance). This sometimes creates ill will among motorists who, if nothing else, have momentum on their side. I prefer not to antagonize such people, but they don’t always grasp the subtle nuance between “some cyclists are scofflaws” and “all bicyclists are lawless marauders.” A driver threatening you with a large, heavy automobile is not unlike someone flaunting ordnance. 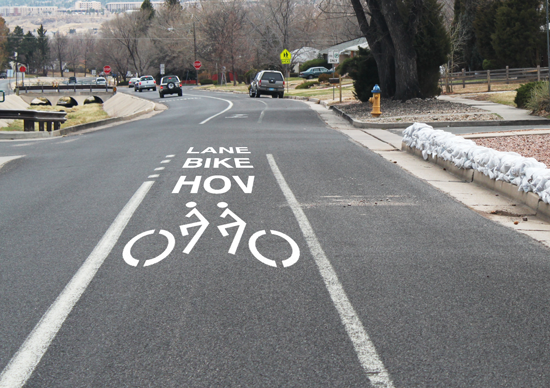 Time Bums: Our Story So Far

Jackie is on her way to class at Mass. College of Art when she is accosted on Huntington Ave. in Boston by a strange bearded man with a French accent. He demands that she take him to see Steve at MIT, but she doesn’t know any Steve. Reluctantly she agrees to help him and they go to MIT where, by a stroke of luck, they locate “Crazy Steve” and a robot, AMNOZ, he built from discarded office supplies.

The bearded man brandishes a device that looks like a TV remote control, and complains that it doesn’t work. Steve is puzzled, but Jackie suggests that perhaps it just needs new batteries. Steve replaces the batteries in the remote, and the bearded man presses a button and disappears without a trace.

Steve tells Jackie that the device looked like a duplicate of his time machine which, after some rummaging, he finds on his workbench. Steve offers to take Jackie back to the time when she was stopped by the bearded man to pick up the portfolio she dropped in the street. However, due to a sticky Rewind button on the device, Steve, Jackie and AMNOZ wind up in the in the late Cretaceous period.

After narrowly escaping a tyrannosaurus rex, the trio find themselves in the forum of ancient Rome with another click of a time machine button. However, they are recognized as Steve, Jackie and the “talking box,” by a Roman citizen, who has them arrested by orders of Our Lady.

In captivity, they meet Our Lady, who turns out to be the same bearded man who first accosted Jackie in Boston. He plans to detain them to prevent any interference with his plans to unmake everything, but, again, they escape by jumping through time.

They briefly visit the GeoSphere, a structure which encloses the entire planet, and contains the wherewithal to provide food, water, air and other necessities artificially. (The Forward button also sticks.) The GeoSphere is too depressing, so they again leap, this time landing in mid-16th century France.

Here, to their amazement, Jackie, Steve and AMNOZ again run into the bearded man, Our Lady. This time, however, he introduces himself as Michel de Nostredame.

So Wolfowitz, Rumsfeld and Cheney,
And a president not very brainy,
Used a terror attack
From nowhere near Iraq
As a pretext for going all zany.

And now in the wake of war’s drama
and disorder and stress of post-trauma,
Cheney and all his cronies
Still have the cojones
To blame the whole mess on Obama.
Posted by Unknown at 1:31 PM 0 comments

Up until recently I had a phone with a physical sideways keyboard. I can't touch toe on a screen so I thought the slide out keyboard would help. Then I discovered swype which let's me enter words faster than typing. The only problem is that swype keeps trying to correct what I wrote. Usually this works OK but sometimes it's a complete fail. And it doesn't have an until key. I could turn off spa altogether but sometimes it's useful. However I have discovered a secret. Swype only tries to correct the last word you entered. If you forge ahead and then go back and correct any mistakes you noticed you can slip them pay the correction. I feel gully but what can you do? So if someone asks me if I'm smarter than a smartphone I can confidently say us!
Posted by Unknown at 7:50 AM 0 comments 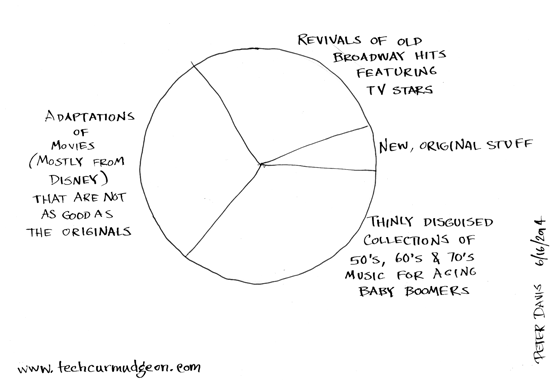 
Despite the opinions of an overwhelming majority of Americans who are not members of Congress, this country has failed to enact any form of regulation that would even mildly inconvenience a deranged psychopath who wants to buy a gun. There are many subtle and nuanced reasons for this, but they all pretty much boil down to one thing …

Specifically, the NRA is spewing bullshit intended to make people think that guns are equivalent to freedom. They want you to believe that any restrictions on gun buying, ownership or use amounts to tyranny and the return of King George III.

And it’s working. Despite the fact that tens of thousands of Americans are wounded or killed by gunfire every year, we seem to think that waiting periods and background checks would be an insufferable atrocity.

Contrary to the slogan, guns DO kill people. To prove it, try this simple experiment:

(NOTE: The Tech Curmudgeon is not responsible for any damage resulting from this experiment.)

The NRA also wants you to believe that having more guns around makes people safer, despite the fact that every single death by gunfire occurs within close proximity to a gun. Regardless of how reassuring you might find the thought that everyone else on the subway, or on the highway, is armed to the teeth, the fact remains that when the guns come out, there’s almost never a good outcome. In the recent Las Vegas shooting, two cops and a licensed gun owner who tried to intervene were killed. In fact, the track record of good guys with guns successfully stopping bad guys with guns is damn near zero.

And as for the Constitution, ok, it protects gun rights, just as it protects slavery and unlimited terms for presidents. But check out the wording. The First Amendment makes no bones about protecting freedom of religion, speech, the press, etc. “Congress shall make no law …” But the Second Amendment, the one about guns, begins with a qualifier, “A well regulated Militia, being necessary …” and then continues in a passive voice: “the right … shall not be infringed.” Pretty mealy-mouthed. Maybe they were pressured by the NMA … the National Musket Association.

Anyway, the framers had probably never seen breach-loading guns, let alone automatic or semi-automatic weapons. So what exactly does the Second Amendment protect? Should people be allowed to plant landmines around their houses? Or carry tactical nuclear weapons?

Is a weapon that fires a round per second really any safer than these?
Posted by Unknown at 6:30 AM 0 comments


Politics is a game. As much as we might like to think we’re electing Jimmy Stewart in Mr. Smith Goes to Washington, all we ever really get is a pack of deal-makers. Because that’s the game. The only way politicians get what they’re after is by giving some other politicians what they’re after.

So you might think voters would want the best players on their teams … the politicians who are really good at this game. You might think, for example, that someone like Mississippi’s Senator Thad Cochran, who has brought billions of federal dollars to his home state, would be a shoe-in. Plus he goes by the name Thad! How many Thads do you know? But he’s facing a run-off against primary challenger Chris McDaniel.

You might also think Eric Cantor, the House Majority Leader and strong contender for Speaker of the House, would be valued for his obvious skill at playing the game. But you’d be wrong.

This is like voters in Red Sox nation saying, “Gee, David Ortiz is too much of a Fenway insider. Let’s replace him … maybe one of those Jordan’s Furniture guys.”

NOTE: This post was written weeks in advance of publication. If for some reason Eric Cantor was not defeated in Virginia's 7th district primary on June 10, please disregard.
Posted by Unknown at 6:23 AM 0 comments 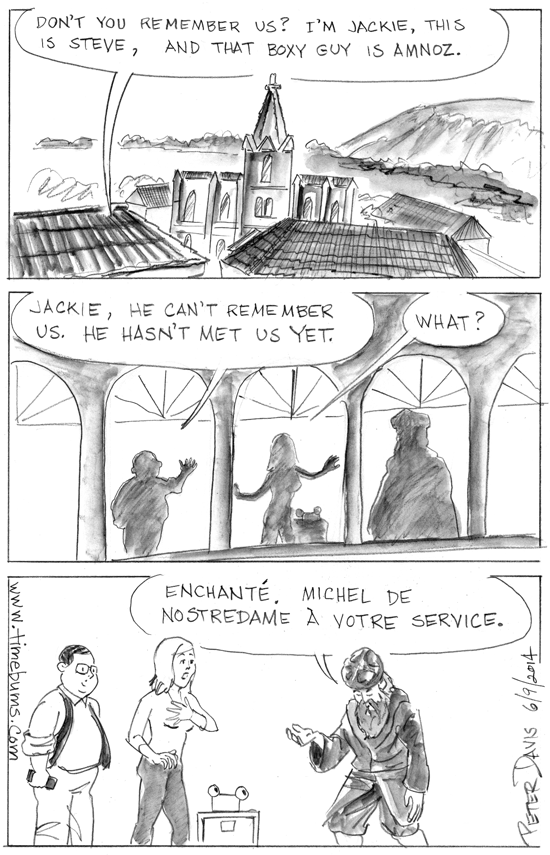 It’s been 70 years since the day
When, with much of the world in the fray,
Allies launched an invasion
To change the equation
Of power, with Europe in play.

But now, since D-Day’s stunning success,
The world has seen new kinds of stress.
Handling prisoners of war
Is nuanced all the more,
And not only aggressors aggress.


There’s a lot of hoopla now about the book Capital in the 21st Century, by Thomas Piketty. Basically, Piketty claims that wealth inequality is about as bad as it’s been since the time of Solon, and that we’d better fix it or there’ll be hell to pay. (Or something like that. The back cover was kind of short on specifics.)

Naturally, there’s political uproar over these claims. The Financial Times excoriated Piketty, saying his methods were wrong, while Piketty rebutted the charge with “Nuh-uh. You are!”

Obviously, Piketty’s a smart guy. He’s an economist, which means he was able to stay awake in economics class, which is more than I could do and I think I’m pretty smart. But he misses one major point.

Seriously, it’s all we dream about. Look at popular entertainment. Harry Potter was a trust fund baby. The so-called reality shows are all about people willing to utterly humiliate themselves for a shot at wealth and fame … and we watch them! (Well, somebody does.) We don’t even have to mention professional sports. All the Disney movies and merchandise are about princes and princesses. And who would tune in to HBO for Game of Desk Chairs?

We make folk heroes out of jackasses like Cliven Bundy, and spend countless hours following the exploits of the Kardashians. The media hound the British royal family as if … well, as if they actually mattered anymore.

So the next time you hear someone complaining about wealth distribution, you can snap back with “Hey, if it weren’t for inequality, we’d all be stuck watching C-SPAN!” 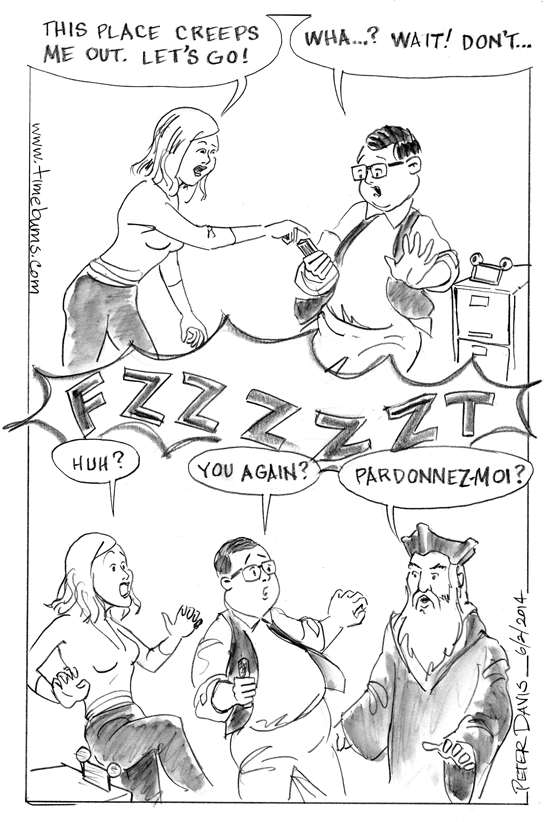