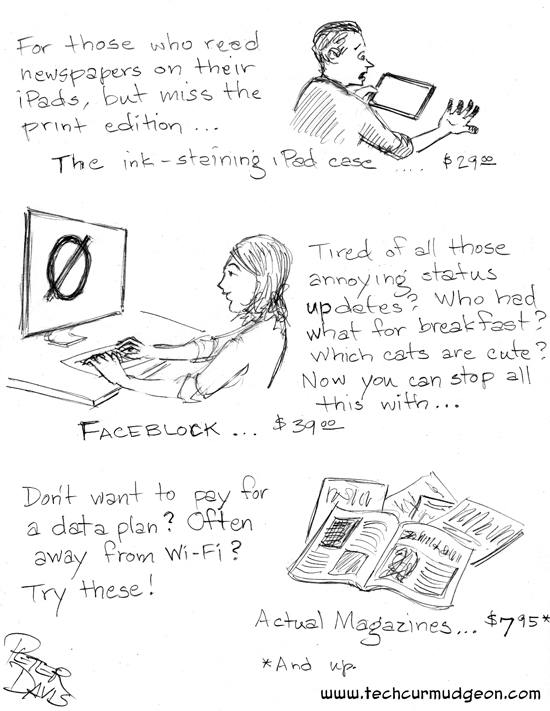 King of the Road 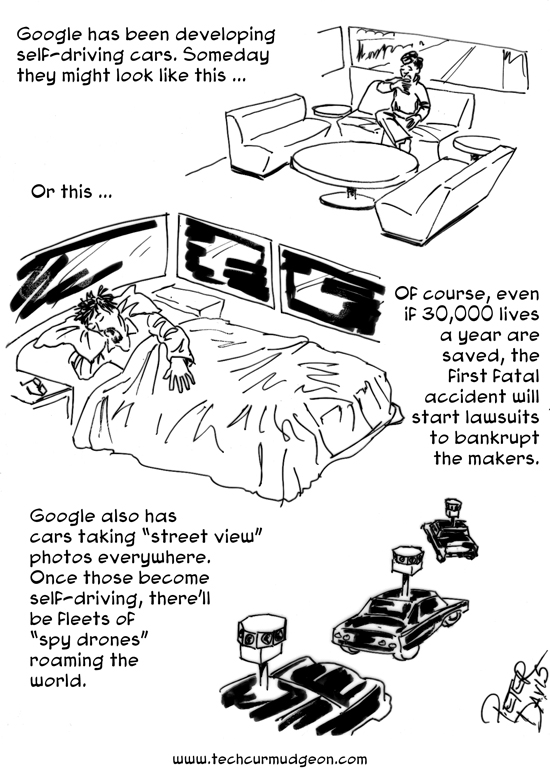 I was recently reminded of all the great work songs people used to sing ... songs about building canals and railroads, or about picking bales of cotton. All those fun activities.

I'd hate for that to become a lost art, so I'm trying to build enthusiasm for songs about today's work. Some ideas are:

Or perhaps a more familiar tune would lend itself to updating:

This is only the beginning of a new popular art. The possibilities are limitless. 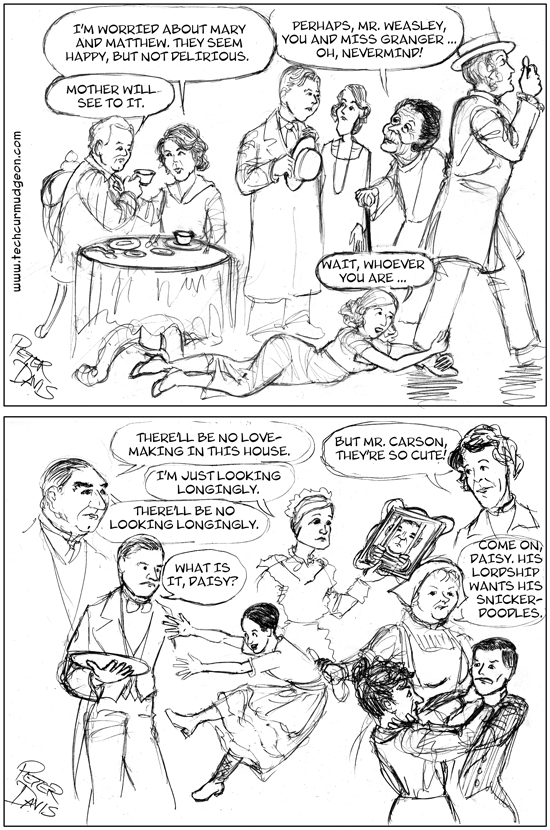 My son announced, after one entire semester of college, that he’s a psych major. Specifically, he’s majoring in that narrow area of psychology that’s known in academic circles as “making your father look stupid.” (Me: “You know how everyone’s so afraid of terrorism since 9/11?” Him: “You mean the availability heuristic? Duh!”)

When I was in college, I majored in hard, important stuff. Physics. At least for the first semester. I wound up getting my degree in Theater Arts, but that’s a long story. (See below.)

It turns out, much to my surprise, that the theater majors had better parties than the physics majors. Sure the physics folks would get together in someone’s office and laugh their heads off about the Kaluza-Klein Theory or some equally hysterical conjecture. (Of course, this was before Witten discovered that chiral fermions defied quantum gravity theory. Who’s laughing now?)

Theater majors, on the other hand, would get naked and do stuff. At least, that’s what I heard. To a naive young college student, this held a certain appeal. I also heard that many of the men in theater were gay. To me, this just promised to reduce the competition and improve the odds.

In high school, I became genuinely interested in physics. I thought it would be cool to understand the whole universe and everything in it. It turned out, though, that before you got to learn the secrets of the universe, you had to push carts around on low-friction air tracks, and to understand some equations belonging to a guy named Maxwell.

Meanwhile, I also took some Computer Science classes. Computers were still a novelty, and seemed potentially fun. In high school, all of the computer buffs I knew (who were, naturally, the most popular kids in the school) wanted nothing more than to accomplish the grand goal of hackery: to crash the system. Now, of course, we would do anything to keep the computer from crashing, usually to no avail. Anyway, the Computer Science labs were more fun than the physics ones, so I switched majors.

All this time, I was also taking acting classes, and actually landed a part in one of the big productions. I was literally a spear carrier, but it was a start. (In high school, I had a lead in the musical, and reveled in my new found celebrity as fellow cast members carried me offstage and dropped me head first into the orchestra pit. I was given to understand it was an accident.)

So given this split focus between the “hard” sciences and theater, I looked for a field that would combine both. Yes, I too was a psych major briefly. Cognitive psychology actually also incorporated several other interests, including vision, particularly 3D vision, and linguistics. I may have been a Linguistics major for a while also. I don’t remember. Linguistics was actually a lot like Computer Science, but with the mouth as the output device.

In the end, the choice between Physics and Theater Arts came down to a choice between the Nobel Prize and a Tony/Emmy/Oscar award. Which do you think has better after parties?
Posted by Unknown at 12:00 AM 0 comments

TV commercials can sometimes overwhelm us with audio and visual effects so their actual message is obscured. In this season of heightened football activity, it is even more important that we can correctly decode the commercials put before us. Therefore, as a public service, we present this guide to some of the more popular current commercials. 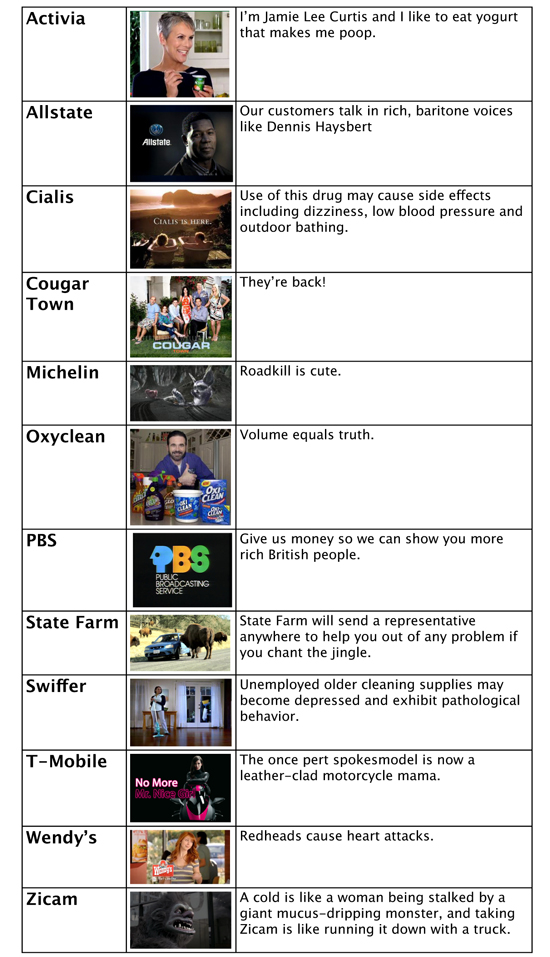 Nowadays, El Exigente is the machine ... all machines. We've let these things into our lives, naively assuming they were somehow making things easier. But all they've done is whittle away at our freedom, little by little, until we became servants to the machines.

We have a coffee maker in our office that can whip up espresso, cappuccino, and other savory caffeinated drinks. But its electronic display, ostensibly to show hints about how to use the device, keeps making demands. "Decalcifying needed." "Empty grounds bin." In fact, this mischievous machine withholds caffeine until its demands are met.

All our desktop computers take time from their busy schedules to inform us that software updates are available. Some of these are even critical updates! Woe betide he who ignores those insistent prompts.

And mobile devices? My tablet has a whole repertoire of pings, boops, beeps, twiddly-doos and other assorted "alert" sounds intended to notify me of ... what? It gives no clue as to what these auditory attention getters signify. At least my smoke detector has the decency to tell me, in a clear, LOUD voice, that I must change its batteries or face incineration. I must say it's a compelling argument.

But by far the worst, most demanding, unyielding device is the GPS. Not only is it constantly intoning its directions with smug superiority and supreme condescension, as if I were an idiot ("Please proceed to highlighted route." Of course, dammit! It's my driveway!), but if I dare deviate from its intended course, it sighs with exasperation as it utters "Recalculating." It's appalled that I have the effrontery to challenge its all-knowing prescription, and to disobey a direct command. No wonder GPSes have been known to lead their drivers miles off course into the wilderness. They simply don't have the patience for  our meddling.

And this is only the beginning. 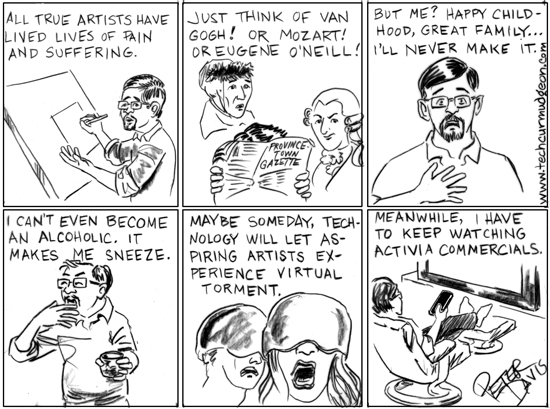 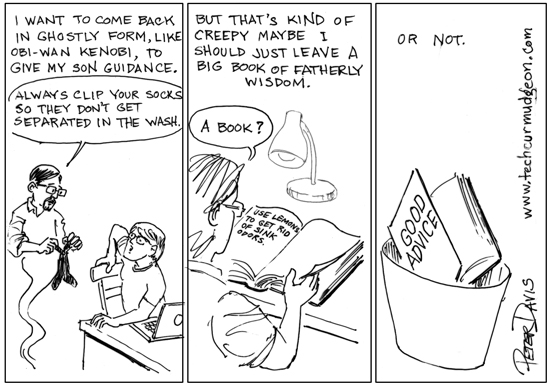 A lot of movies and TV shows emphasize how difficult life is for the families and loved ones of police. Commissioner Gordon’s family in Batman: The Dark Knight Whatever is tormented by one of Batman’s villains. Tom Selleck is even in some show about a whole family of cops. (I think that’s what it’s about. I’ve only seen the commercials.) Everyone knows the emotional drama of having a loved one who’s always in harm’s way.

But I think it’s time we also recognized the hardships faced by the families of software engineers. They have to live with the uncertainty of never knowing when (or if!) their loved ones are coming home. Every day, they face the torment of knowing their loved ones confront spammers, scammers, hackers and product managers. And, of course, there’s constant anxiety about the ever-present dangers of a sedentary lifestyle.

But on top of all this, families of software developers must deal with a much greater challenge than any faced by police families. When their loved ones do come home, they have to live with them!
Posted by Unknown at 12:00 AM 0 comments

Speaker of the House 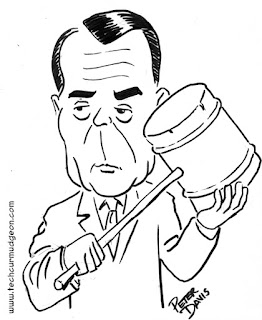 Welcome, new reps!
I’ll swear you in.
Then take your seats so we can begin.
No storm relief.
No raising tax.
Well, that’s enough. Let’s all go relax.
Seldom do you see
In the GOP
A gentle representative who’s meant to be …

Speaker of the House,
He’s the gavel guy.
Just don’t try to cross him or he’ll have to cry.
See how hard he tries
Pleasing everyone.
Works so hard there’s never time to get things done.
Glad to do a friend a favor,
And to do it really fast,
Just as long as it’s not getting any legislation passed.
Posted by Unknown at 12:00 AM 0 comments