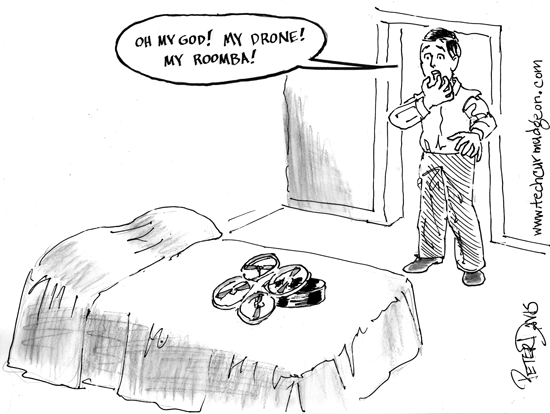 WTF Tuesday: What is BOGO?

In keeping with our increasingly lame tradition of answering questions on Tuesdays, today’s topic is …

BOGO is an acronym used in advertising to mean “Buy one, get one …”.

As is, the concept of “Buy one, get one” is almost tautological. We take it for granted that if you buy something, you get it. What advertisers want us to think when we see BOGO is “Buy one, get another one at some reduced price,” though of course BOGAOASRP is difficult to pronounce.

We therefore suggest some alternatives:

Remember to send your questions to wtf@techcurmudgeon.info, so they can receive equally ridiculous answers.

This year’s Presidential race is certainly one of the most dramatic in recent memory. On one side, we have a wealthy real estate developer trying to prove he’s as just as narrow-minded, bigoted and out of touch as his closest rival. On the other side, two career politicians are each trying to show, in a completely non-judgmental, egalitarian way how awful the other is. And enormously weighty issues are on the table, from national security to immigration to tax policy to the size of a candidate’s … uh, hands.

And who do we have to thank for this spectacle? You!

That’s right. You, the voter, make all of this happen.

Not only are you the audience for whom these fools perform, but by decades of uninformed and irrational voting, you’ve helped to create this clown show we call the government.

And, of course, anyone winning a race by even the narrowest of margins still thinks it’s a mandate of almost divine proportions to begin hacking up our current laws and values. “Ok, folks, time to get rid of the Environmental Protection Agency, the Food and Drug Administration and the IRS. The environment’s overrated. Food and drugs should be up to the individual. And the IRS? Ha! Who needs ‘em? Anyone worth taxing doesn’t pay anyway!”

There was a time when students took civics in school, and learned what the point of all this government was. Believe it or not, the government is not there to block nominations or sequester the budget or to shut itself down. It’s not there to keep picking fights with foreign governments, or to ignore the crumbling roads and bridges.

No, the government is there for a much higher purpose.

To keep us entertained between elections.

While Wall Street parades with ticker tape,
Hurrah! Hurrah!
The other wall keeps out drugs and rape.
Hurrah! Hurrah!
When protesters of every race
Get equally punched in the face.
And we won’t feel gay
When we make America great.

The terrorists will lose their powers
Hurrah! Hurrah!
When all their hideouts are in Trump Towers.
Hurrah! Hurrah!
The ISIS leaders will all squeal
When forced to make a very tough deal.
And we wont feel gay
When we make America great.

Of course, some will lose their civil rights
Aha! Aha!
But not if they’re male and Christian whites.
Hurrah! Hurrah!
Those losers who might disagree
We’ll lock up and throw away the key.
And we won’t feel gay
When we make America great.
Posted by Unknown at 12:00 AM 0 comments