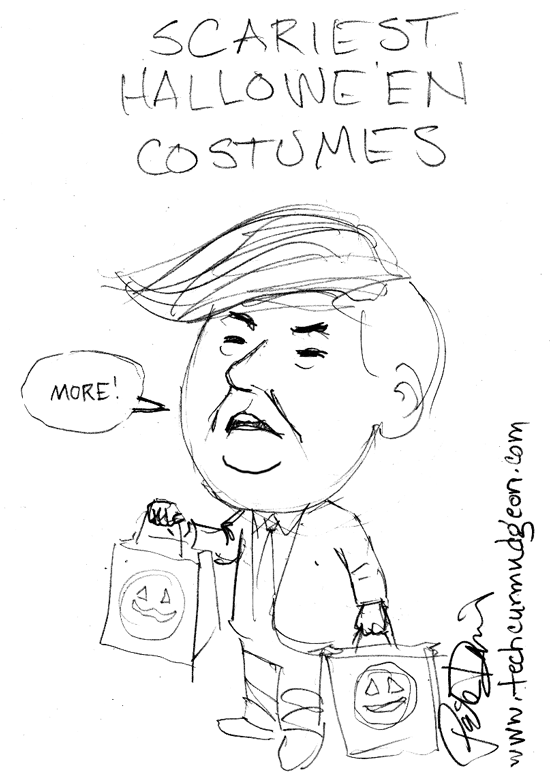 Sometimes I think I overthink things. Or maybe it’s just that I try to find cerebral approaches to everything, including problems that don’t lend themselves to that type of solution. Or, perhaps more accurately, I tend to rely instinctively on cognitive approaches to situations, although other approaches may be equally, or even more well suited.

Sure, I wish I could be more like that 97.7% of the population that reacts to context changes seemingly spontaneously, but that could have other ramifications. For example, I might develop an interest in watching sports on TV, or start wandering aimlessly around the subway platform staring at my cell phone. I might even find myself enjoying large group activities.

But without adopting any such radical behavior or personality changes, is there a way I can prevent myself from overthinking every situation? Well, not every situation, but at least many common situations that don’t offer obvious or intuitive approaches?

And just how much thinking is overthinking anyway? What is the right amount of thinking? Perhaps situations could be categorized in terms the appropriate amount of thought required. Experimental psychologists speak of cognitive load as a measurable, or comparitively measurable quantity of mental activity which impacts the brain’s ability to process additional sensory input and to perform multiple tasks apparently simultaneously.

So we could define overthinking as devoting too much cognitive load to the decision making process in some particular context, but then we need a way to calibrate various scenarios so that we can determine what the appropriate level of cognitive load is. In effect, all we’ve done is recast the original problem of what constitutes overthinking into different terms, without actually arriving at any metrics for answering the question.

Well, come in. Take a seat, and be sure to say “Howdy.”
I’d like you to greet Representative Gowdy.
He’s got a committee to pillory Hillary
Though they may meet at the local distillery.
They questioned her for eleven hours
But she came off fresher than wild flowers.
If that mistake were all they’d make
We might not be at the Republicans’ Wake.

Well, we must take the country back from all the takers
On government hand-outs, the lot of them fakers.
There’s really no harm in a few little slanders
to Hillary and that guy … what’s his name? … Sanders.
Her entourage of paparazzi
Can’t shield her from blame for Benghazi.
It’s a piece of cake to make her quake,
Yet sure this looks like the Republicans’ Wake.

Well, sometimes it seems that there’s no use in tryin’.
We now face abuse from that liberal Ryan.
He said he would serve as the Speaker provided
We follow unswervingly and undivided.
If all else fails, blame Hillary’s email
Though the real problem’s that she is female.
But for heaven’s sake hush that headache
Or we’ll all end up at the Republicans’ Wake.

It's unfortunate that income inequality has become a rallying cry of progressives because, as far as I know, nobody is advocating income equality. That would mean everyone gets the same amount, penny for penny. Wealth inequality is a similarly misleading term.

In fact, according to survey results I just made up, most Americans favor a merit-based system. That means people get rewards according to how good they are. This, of course, leaves open the tricky question of what we mean by good, but we can ignore that for now. As with art, I can't define good, but I know it when I see it. Or at least, I know bad when I see it. I'm sure we can all think of examples of bad behavior by people. If not, spend more time on Facebook.

There are two problems with our current system:
Consider that the CNN Money list of of richest recording artists is topped by Madonna and Paul McCartney, at about $800 million and $660 million. And, again according to CNN Money on the American middle class, the average net worth for middle class Americans is about $300,000. In other words, Paul McCartney is worth more than two thousand times what you are! Two thousand!

And if that's not enough, according to Forbes, Laurene Powell Jobs, whose main accomplishment was marrying the guy who came up with tiny music players to listen to Madonna and Paul McCartney, is worth about $20 billion. In other words, she's worth 30 times what Paul McCartney is worth. Or about sixty thousand times what you're worth. Think about that. Steve Jobs' widow is worth an entire football stadium of you.

If you further scan down the Forbes list, you'll see a lot of familiar names. Apart from Forrest, Jacqueline and John Mars, whose fortunes all derive from candy, the bulk of these are business people … Wal-Mart, Microsoft, Apple, Amazon, Facebook, Google, etc. Sure, these are all interesting businesses, but what's their real value to society? When disaster strikes, an earthquake or a hurricane or a mine collapse, do we say: “Hey, we'd better get Apple guys in there so the victims can listen to iTunes!” Or “Quick! Let's upgrade them to Windows 10!”

Maybe I'm just weird, but if I really separate the value that people bring to the world from the amount of money they make, it seems obvious that the most important people in society are teachers, who help shape what kinds of people our children will become. Emergency responders … police, firefighters and medical personnel, who help get disasters under control and save lives. Authors and artists and musicians, who enrich our lives and help us share our common human experience. 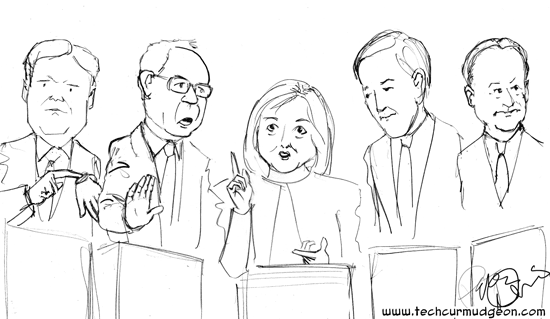 Many people watched the recent PBS Walt Disney biography, and can appreciate how groundbreaking the first animated feature film, Snow White and the Seven Dwarfs, really was. Disney’s dwarfs were completely different from Tolkien’s dwarves, sharing only diminutive stature and a penchant for mining and singing and other subterranean occupations.

Still others, including Stretchy and Cloudy, were not height-challenged enough for the roles.

Ms. White, having far more movie industry experience than Disney himself, was able to negotiate final say over the dwarf roster. It is widely believed that she relied on the time-honored Hollywood tradition of the casting catafalque, though White never had the promiscuous reputation of Sleeping Beauty.

All this had to be covered up, of course, so the dwarfs could maintain their squeaky clean public image throughout the inevitable publicity tours and press conferences.

In fact, Snow White tried to upstage Sleeping Beauty by falling comatose in order to lure one of the wandering princes who were habitually kissing unconscious strangers in the woods back then. Of course, Prince Charming later dumped her for Cinderella, so her machinations were for naught.

When I was a young vertebrate. (When you were a young vertebrate.)
I could breathe and swallow and cough and sneeze.
And do it all with the greatest of ease.
I could even boast that I had some measure
Of control over my blood pressure.