How I Spent My Summer Vacation

I know many bloggers spend a lot of time apologizing and making excuses for not posting more frequently, but to be completely honest, I was abducted by aliens.

It was pretty much like you’d imagine. Bright lights outside. Toys moving by themselves. Cats meowing for no reason. (Well, ok, they do that anyway.)

Next thing I knew, I was inside some weird room that can only be described as nondescript. It seemed to extend endlessly in all directions, yet there was almost no furniture. And no dust bunnies.

The aliens had technology so far beyond ours it was almost incomprehensible. First, they all had iPhone 37s. That’s the one that fits in your pocket, but expands when you pull it out to the size of a Buick. (One of the old gas guzzling models!) And the maps worked!

They had those things like on “Star Trek” that you could just wave over someone and instantly diagnose and treat whatever medical conditions they had, and trim their nails.1

They had 3D holographic projectors that could instantly put you in the middle of lifelike scenes of singers, dancers, bachelors and iron chefs. The aliens had apparently been using such devices to observe earthly behavior for a while, as they kept asking us about grumpy cats.

And they had computers that could run for years and years without ever stopping, and without having to reboot to install software updates. They ran linux.

Arthur C. Clarke once said “Any sufficiently advanced technology is indistinguishable from magic.” Certainly technology can do things that would once have been considered magic.

One of the things I’ve waited a long time for is technology that lets me create drawings, cartoons and illustrations as expressively and intuitively as pencil, paper and other traditional media. Keep in mind that I’ve been studying and creating art technology for ... well, quite a few years. I’ve observed the technologies at Walt Disney Feature Animation and the New York Institute of Technology Computer Graphics Lab, most of whose talent later became Pixar. I’ve collaborated with researchers at the MIT Media Lab and the artists at Paws, Inc. (makers of Garfield) on tools for animation and cartooning. I’ve seen early uses of frame buffers and digitizing tablets back when these were highly specialized and expensive equipment.

And in all that time, I had not seen anything to replace paper and pencil.

I just got a Wacom Cintiq Companion 2, a device that combines high end digitizing technology with a Windows tablet, so it can run Photoshop, Painter and other real graphics software, and lets you draw and paint right on the display screen. In just a few minutes, I did this rough blue pencil sketch. 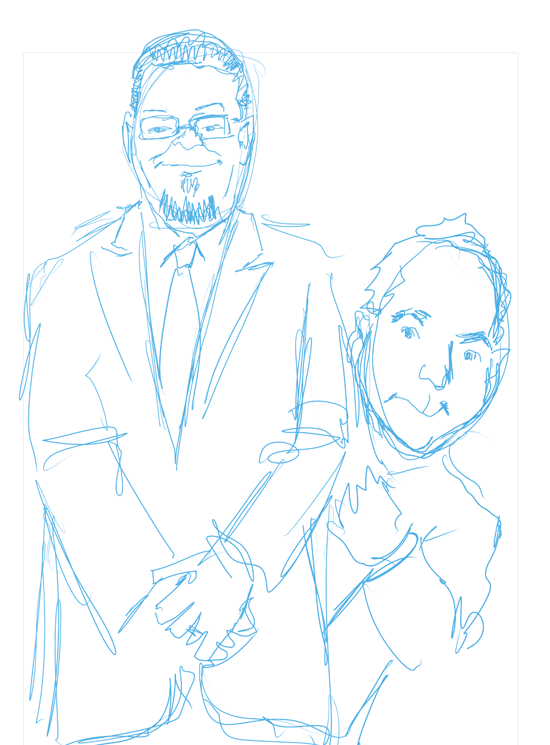 And then inked it with a pen tool. 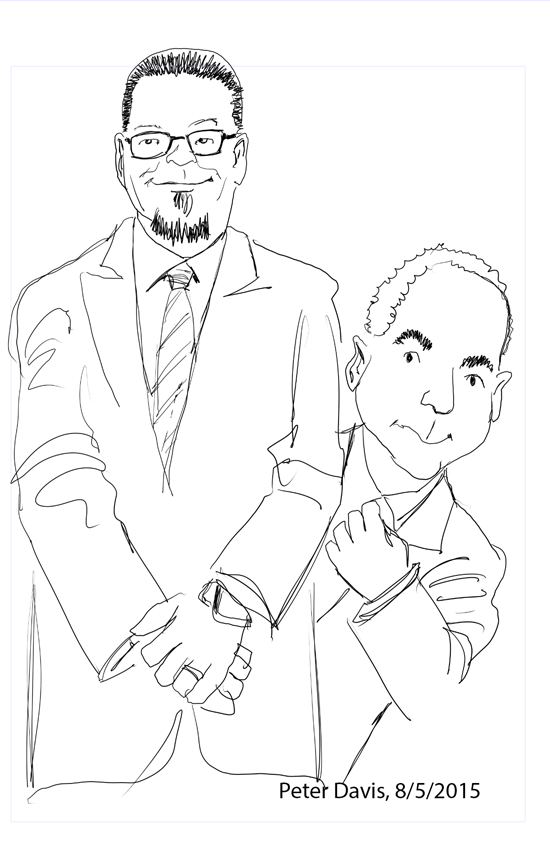 All while watching Jeopardy.

I was going to write something fiendishly clever about technology and the magic of Penn and Teller, but that can wait. I’m having too much fun with these tools.