There Will Always Be an England

Anyone who's ever seen Oliver! or My Fair Lady or Mary Poppins already knows that London is full of colorful characters, ready to burst into song and lively dance at the drop of a hat. But even beyond the winsome orphans, the mystically wise chimney sweeps and the oh-so-proper upper crust at Ascot, we now know that delightful musical pageantry extends even to ruthless killer James Bond and and the effervescent Dark Lord, Voldemort himself!

Yes, it was a veritable Disney parade style roll call of British icons at the 2012 Olympics opening ceremony. The headiness was almost enough to make you forget that the main characters, James Bond, the Beatles, Mary Poppins et al, were a half century old or more. And yet stage and film director Danny Boyle also managed to work in the history of Britain's contributions to industry and technology, from the railroads to the industrial revolution to the World Wide Web.

It really was an entire theme park packed into one stadium and 3 and a half hours.
Posted by Unknown at 12:00 AM 0 comments 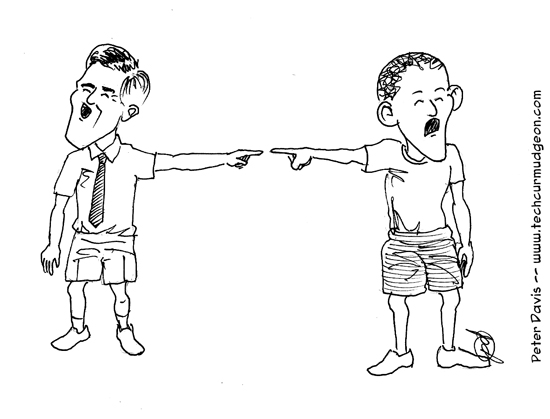 Everybody seems to agonize over the elections. It’s really much simpler than people seem to think.

First, turn off the TV and radio, and close the newspapers. They just tell you what the candidates are doing and saying. That really doesn’t matter. They'll do or say anything to get elected. They're like little kids before Christmas. Of course, the media want you to think it matters because that’s how they sell advertising. But really, it comes down to just two questions:
In other words, does he have good ideas, and is he likely to get them acted on? (I’m using “he” here for the current presidential contest, but this works for any candidate.)

So the results can be summed up in this table:


Obviously your best option is someone who can get good ideas acted on. Someone who can get bad ideas executed is the worst possibility. If neither candidate can get anything done, you’re still better off with one who has good ideas. In short, just look them up in the table and vote for the candidate with the highest score.

Now, how does this apply to the current presidential race? First lets look at the ideas department.

Obama, like pretty much all Democrats, thinks government should protect the public by providing services and regulating businesses so even the underprivileged have a viable lifestyle, and so we don't screw up the planet too much. You can decide for yourself which are good or bad ideas.

And effectiveness? Of course, there are degrees between dynamo and dork, but lets pretend we can view everything in the extreme. (Isn’t that part of the fun of politics?)

Obama has faced very stiff opposition, and yet was able to pass the Affordable Care Act, target and kill Osama bin Laden and other al Qaeda leaders, get rid of the “Don’t Ask, Don’t Tell” policy, and accomplish various other progressive measures. On the other hand, he has not been able to get rid of the Bush-era Tax Cuts for the wealthy, he gave up on the single-payer/public option for health care, and he has not exactly turned the economy around.

Stunningly, Romney has been very effective at accomplishing the exact opposite of what he now proposes. At Bain, he destroyed jobs, and as Governor of Massachusetts, he instituted near universal health coverage with mandatory insurance, raised revenue, upheld abortion rights (for a while, anyway), supported some gun control, and endorsed same-sex unions (for a while anyway, and not including marriage.) So does this make him a very effective flip-flopper, or a very ineffective conservative? Hard to say.

Of course, it’s almost impossible for anyone to be really effective given the partisanship of Washington. (That’s the other part of the fun of politics.) So it comes down to a choice between two marginally effective candidates. Pick the one whose ideas suck less.
Posted by Unknown at 12:00 AM 0 comments 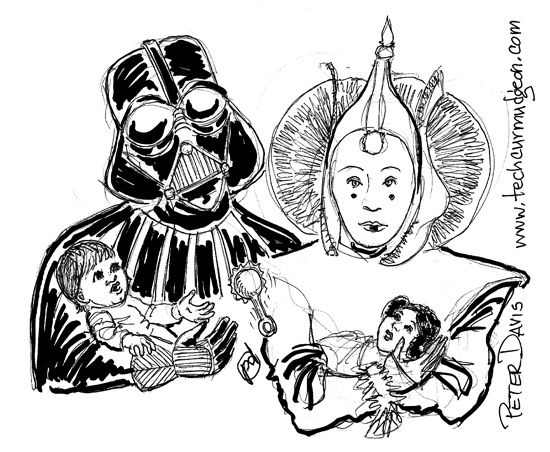 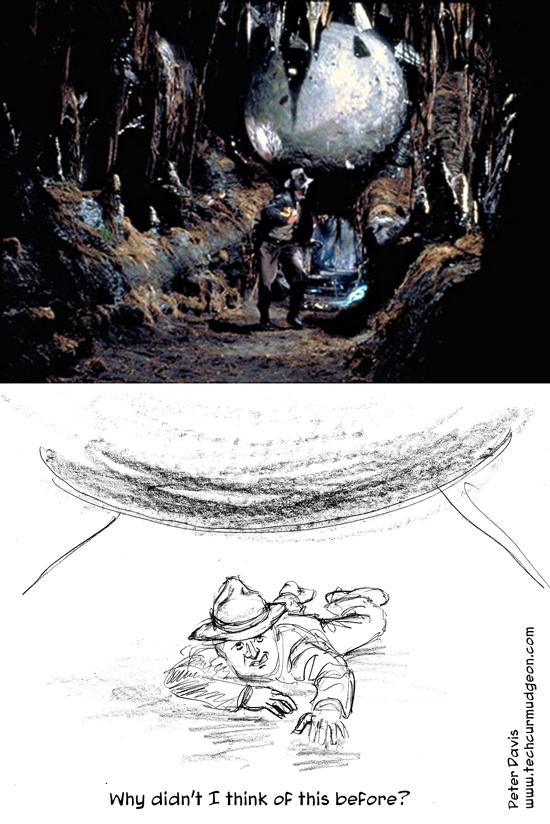 How the Web Works (When It Works) 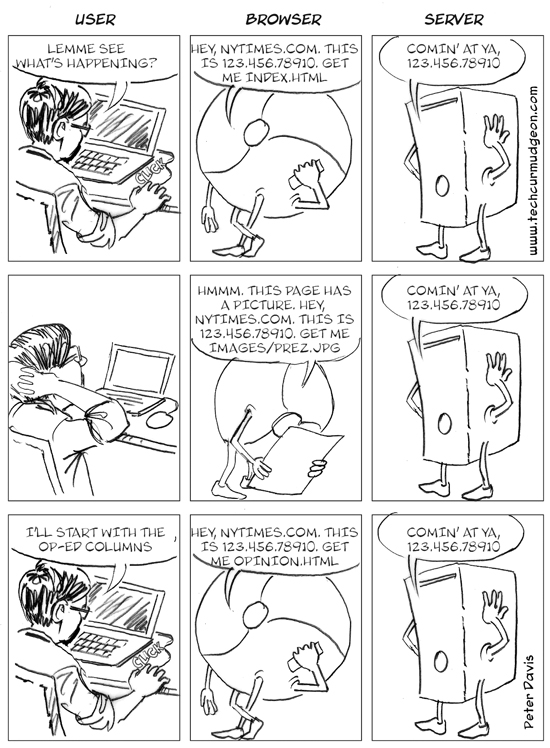 The Sheriff and the Lieutenant

The soft-spoken but all-knowing sheriff of Mayberry and the boisterous, anti-authority lieutenant commander of PT-73 passed away within about a week of each other. And these two opposing views of authority more or less defined the decade these TV characters inhabited.

As Sheriff Taylor, Andy Griffith played the gentle, fatherly leader … the voice of reason when the whole town was a little nuts. Of course, that rationality came at a price. He was also the most boring person in town. It’s hard to imagine him doing anything offbeat. (“Why Helen Crump, I’m surprised at you! Those handcuffs are for law enforcement!”)

I’m sure there are some really good comparisons I could make with Ernest Borgnine’s Lieutenant Commander McHale, but I haven’t seen the show on TV Land, so I don’t remember it too well. I know he was anything but soft-spoken, and he referred to his commanding officer as Leadbottom.

Anyway, we lost both of these wildly different characters this month. Luckily, though we no longer have Hugh Beaumont, the father on “Leave It To Beaver” … we can look to his doppelgänger, Mitt Romney.
Posted by Unknown at 12:00 AM 0 comments

It has come to my attention that women live longer then men. This concerns me because I myself tend to be of the male persuasion. Moreover one of the main purposes of living, as I understand it, is to stay that way. People have even been known to eat tofu and to engage in spinning just to prolong the whole “mortal coil” experience.

Part of this gender difference is due to statistics. Historically, men have been responsible for some of the more dangerous activities, such as fighting wars, hunting ferocious beasts and standing up on roller coasters. Naturally this lowers their average life expectancy.

But more important is the evolutionary basis. After the child-bearing years, women still have a vital role to play in imparting some common sense to the offspring. Men, on the other hand, would have to wait many thousands of years for the invention of tightly-sealed jars. Even lawn mowers, which used to be called scythes, were a good ways off. (As a side note, the Grim Reaper, that lovable personification of death, is usually depicted carrying a scythe, suggesting that mowing the lawn is potentially fatal. This is why I’ve avoided it.)

There are signs that the forces of nature are again trying to correct an imbalance, overpopulation, by thinning the herd. Humans, once content with bowling and miniature golf, now seek out sports like rock climbing and bungee jumping. Fortunately, these are very egalitarian pastimes. Nearly as many women engage in these as men. Correcting the gender injustice is long overdue! 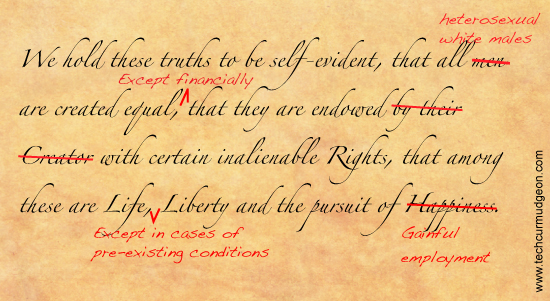 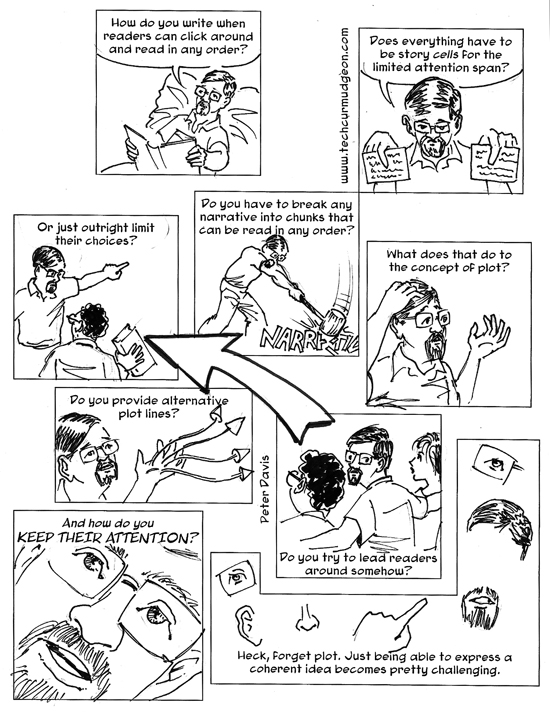