This is one of those dates that we leap
In a desperate effort to keep
Days and years both in sync.
But what I really think
Is we should use this day just to sleep.
Posted by Unknown at 3:03 PM 0 comments 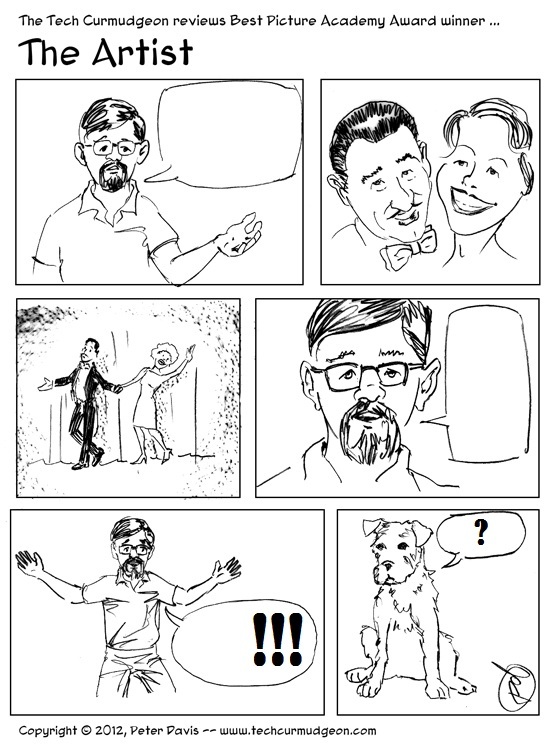 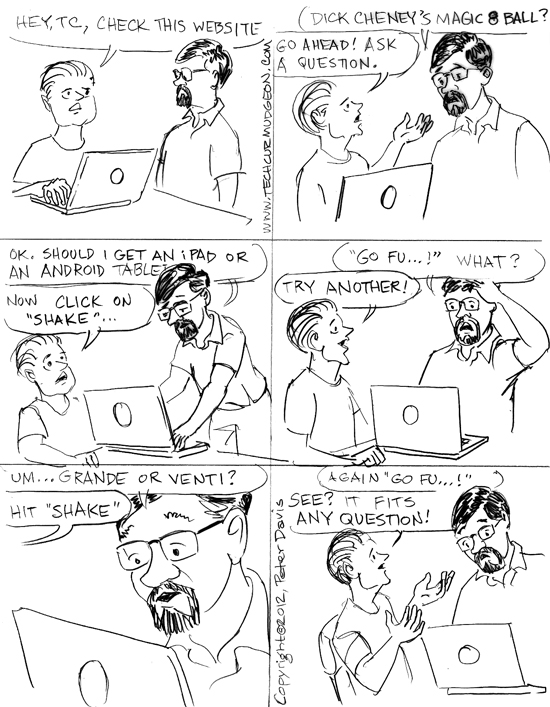 We Interrupt This Blog ...

There will be no regularly scheduled post to this blog today due to ... well, just how generally screwed up things are. I mean, look at the world situation. The Syrian government is bombing Syria. Iran is struggling to make nuclear weapons for peaceful use. Former Russian President Vladimir Putin is about to replace hand-picked successor Dmitri Medvedev with another hand-picked successor, former President Vladimir Putin. And to top it all off, it's becoming clear that the eventual Republican nominee for U.S. President will, in all likelihood, be a Republican.

In such times, it's often best to hunker down and wait for things to blow over. Or, as the late Groucho Marx never said, "You can choose your friends, but you can't make them Like your status."
Posted by Unknown at 12:40 PM 0 comments 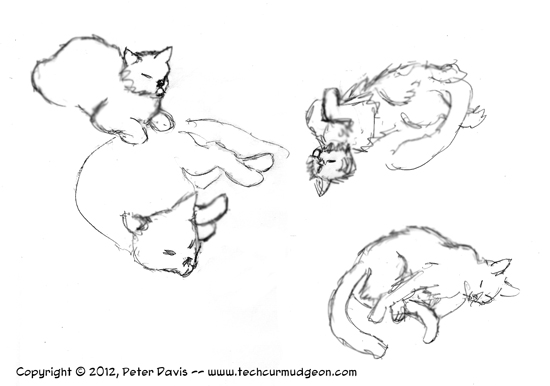 It is in these deeper stages that they do their best work.
Posted by Unknown at 12:01 AM 0 comments 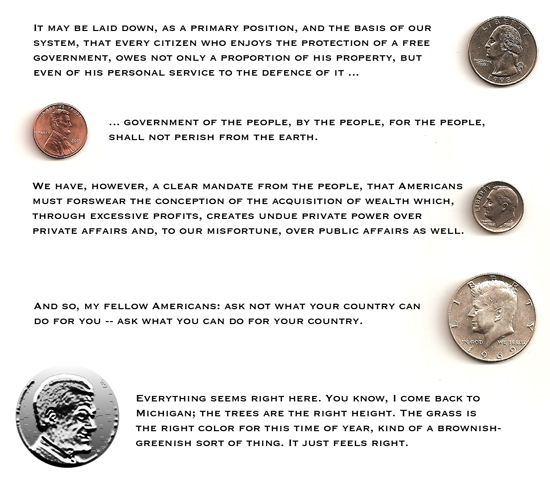 Our Story So Far

Between 13 and 14 billion years ago, the universe arose from the cosmic explosion commonly known as the Big Bang. Things carried on for a while, and about 10 billion years later, Earth was formed. Lots of volcanic eruptions and earthquakes occurred, to the accompaniment of Stravinsky's Rite of Spring.

Once things were cool, microscopic aquatic animals appeared and then evolved into bigger ones that could eat their former colleagues. These creatures evolved over millions of years into fish, reptiles, birds, dinosaurs, mammals and lawyers.
Actual humans have only been around for a couple of million years, a pitifully small amount of time in evolutionary terms.  Yet somehow the species has managed to become differentiated into various racial and ethnic strains, professions, religious affiliations and sexual proclivities.
In particular, this process has somehow produced both me and the idiot who cut me off on the Mass. Turnpike this morning.
Posted by Unknown at 1:06 PM 0 comments

Sometimes the things that seem most obvious are the hardest to define. This is true for abstract concepts like love, virtue, art and so on.

But I thought the idea of what people are was pretty clear. At least, until this election season. Now I'm not so sure.

For example, the Republican candidates all seem to think that zygotes are people. (For those who, like me, haven't taken a biology class in a while, a zygote is a fertilized gamete ... a fertilized egg.)

But at the other end of the spectrum, corporations are people. That's right! Mitt Romney said exactly that, with the Supreme Court to back him up. Apple and Exxon Mobile and AT&T are all people. So go ahead. Invite 'em to your next dinner party.

Recently, in response to Romney's obtuse comment that he's "not concerned about the very poor" and "not concerned about the very rich," Newt Gingrich quickly retorted that he's "concerned about all of the American people." But in December, Gingrich said "please don't turn America into Massachusetts." He also has no great fondness for New Yorkers who "live in high-rise apartment buildings writing for fancy newspapers in the middle of town after they ride the metro." New York and Massachusetts are among the first colonies settled, and the first states to ratify the Constitution, so their residents are clearly American.  So it must be the case that New Yorkers and ... um, Bay Staters are not people.

These same Republicans seem to believe gays are not people, and so should not be entitled to marry. They want to amend the Constitution to define marriage as excluding gay couples.

So can a corporation marry a zygote? And what kind of wedding music should they have?
Posted by Unknown at 12:01 AM 1 comments

Yes, but the characters are still one-dimensional ... 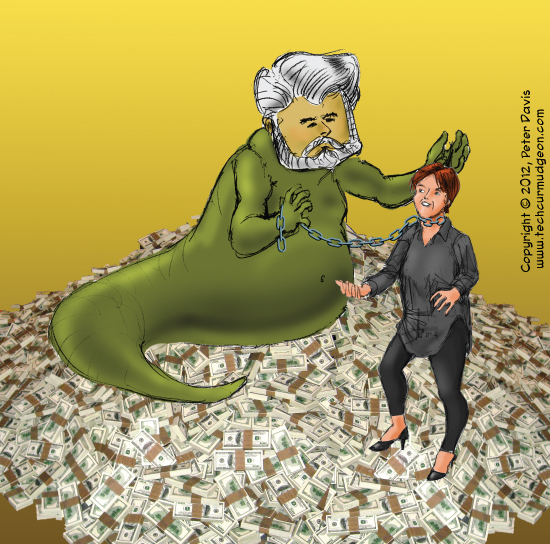 Ok, so maybe the random drivel idea wasn't so bad.
Posted by Unknown at 2:57 PM 0 comments

It's time to rededicate this blog to its original purpose, which is ... well, it's not just posting a lot of random drivel that crosses my mind. (We have Twitter for that.) It should be carefully planned drivel, the kind that makes you stop and think. And I hope what you're thinking is not "Well, that was a complete waste of time."

I think a blog is supposed to build community or some such crap. It's a place where like-minded and not-so-like-minded individuals can engage in civil discourse on whatever topic the blogger dictates unilaterally.

And speaking of like-minded, how about Facebook going all public? They figure the company is worth $100 billion. And the only asset they have is your personal information. That's right. They know how many pink pigs you have in Farmville, and how many mafiosi you've rubbed out, and what words you've exchanged with friends.   All 800 million of you.

That means that your personal information is worth, on average, $125 per person.  So how much is Mark Zuckerberg giving you?

Let me announce here that I'm starting a new social network.  You can join and provide as much or as little personal information as you like.  But for every piece of information you disclose, you'll get a share in the company.  So when we go public, you'll get something for your trouble!

Anyway, where was I? 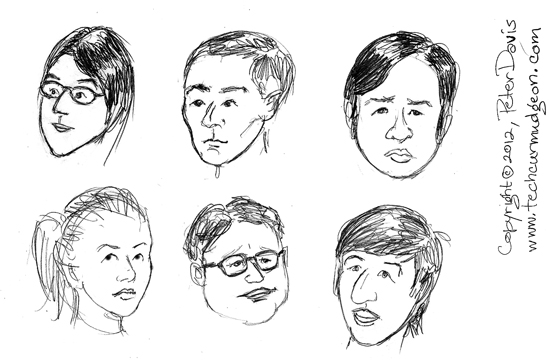 The Game's A Foot

I'm not what you'd call a big sports fan.  I had never watched a baseball game on TV until I was 30, after I had moved from New York to New England. Consequently, I was never a fan of any of the New York teams, though some of my high school friends consider this treasonous. What little rooting I have done has all been for the more northerly teams.

In New England, fans seems to endure their teams, the way they endure the climate and the terrain. Red Sox fans grew more passionate with each passing year of championship drought.  They finally found a manager who led the team to its first World Series victory in 86 years, and then followed up with another victory 3 years later! And what became of that manager? They fired him.

Now the New England Patriots seem bent on grabbing some of the Red Sox cachet by also snatching defeat from the jaws of victory ... repeatedly.

Perhaps it's because the whole region is so infused with a sense of its own history, but New England sports fans seem to prefer reminiscing about past glories to actually enjoying new ones.
Posted by Unknown at 12:01 AM 0 comments

Get Your Priorities Straight 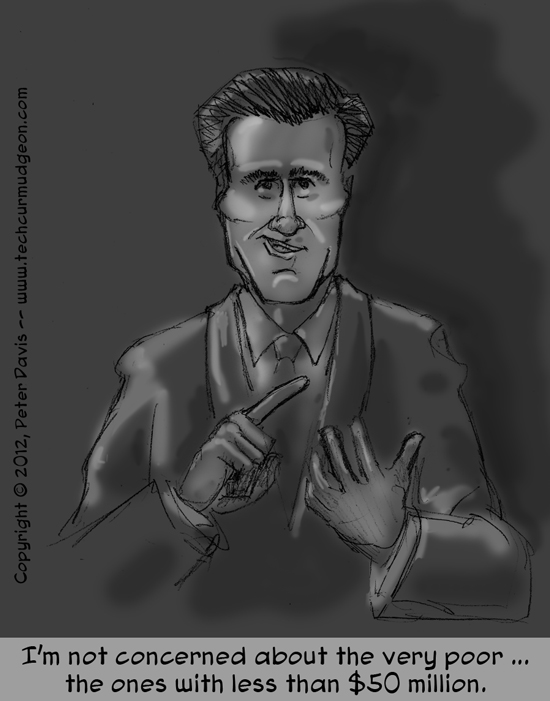 The Exception That Proves the Rule

This is an appropriate time to talk about the great game of football, and to draw the inevitable comparison between this national sport and the long national nightmare known as the presidential election.

But I've never been too concerned with what's appropriate.

Same goes for people.  History is often taught as a collection of outstanding deeds by exceptional people. Certainly the actions of some people stand out, but more often than not, these people were just in the right (or wrong) place at the wrong (or right) time.  Charles Darwin only published his discoveries of natural selection because Alfred Russel Wallace was going to beat him to it.  Alexander Graham Bell is credited with inventing the telephone because he made it to the patent office a few hours ahead of Elisha Gray.  Isaac Newton had a lifelong feud with Gottfried Leibniz over which of them had invented calculus.

Take Mitt Romney.  He thinks the whole Occupy Wall Street movement was just about envy.  Everybody envies him because he's amassed such a huge fortune through his own talent and hard work, right?  Of course, the fact that his father was chairman and CEO of American Motors, governor of Michigan and a presidential candidate had nothing to do with it.

It's not like Mitt is an innovator, like Bill Gates, who became the richest person in the world by having his company be the third to adopt a windowing interface, after Apple and Xerox. Or Mark Zuckerberg, who had the good fortune to have his Web site become more popular than the many others that were doing the same things at the time. Of course there is talent and hard work, but there are millions of talented, hard-working people who don't become exceptional.

The point is that we like thinking of people, places and things as exceptional.  We have lotteries so that random people become fantastically wealthy just because they don't understand the odds.  We call eBay buyers "winners" because they're willing to pay more than anyone else for something. And we put strangers on remote islands or drop them into pinball machine-like obstacle courses because that's entertainment.

There's nothing exceptional about these people or their accomplishments. We've spent centuries creating societies in which random individuals can become incredibly lucky or unlucky.  That's just how we like the game.

Anyway, I don't care too much about football.
Posted by Unknown at 12:01 AM 0 comments 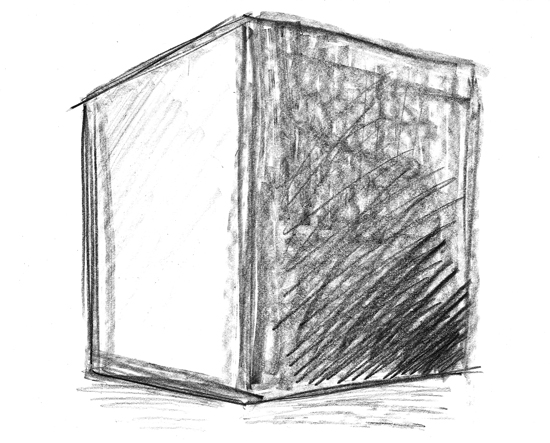