Says the NRA’s Wayne LaPierre
“We’d be safer with guns everywhere.”
There’s no need to be choosy.
Give each young child an Uzi.
Or perhaps Wayne’s a horse’s derrière.

An awful lot of Internet bandwidth lately has gone to video clips of people attempting, with varying degrees of success, to dump buckets of ice on their own or their friends’ heads. This is done, no doubt, in the earnest belief that such actions will help to cure amyotrophic lateral sclerosis, or ALS, better known as “Lou Gehrig’s Disease,” even though no one knows who Lou Gehrig was anymore.

I’m not opposed to curing debilitating and life-threatening diseases, though I have my doubts about how effective the ice dousing is, especially on people who don’t actually have ALS. My other reservation, though, is that I already have my own favorite illnesses, whose cures seem to be linked to walks, bike rides, concerts and telethons and even black tie dinners. My hit list of diseases includes such popular ones as Parkinson’s, Alzheimer’s, diabetes, and the ever-popular genitourinary cancer. (I think the first thing I’ll donate is a hyphen, since “genito-urinary” doesn’t look quite so much like a travel planning Web site.)

If the point of the ALS challenge is to discomfort and humiliate those who refuse to donate, wouldn’t it be more effective to prolong the drama? Done my way, the challenge can last for days. Or, to paraphrase a slogan from Alcoholics Anonymous (itself a venerable disease treatment organization), one cube at a time. 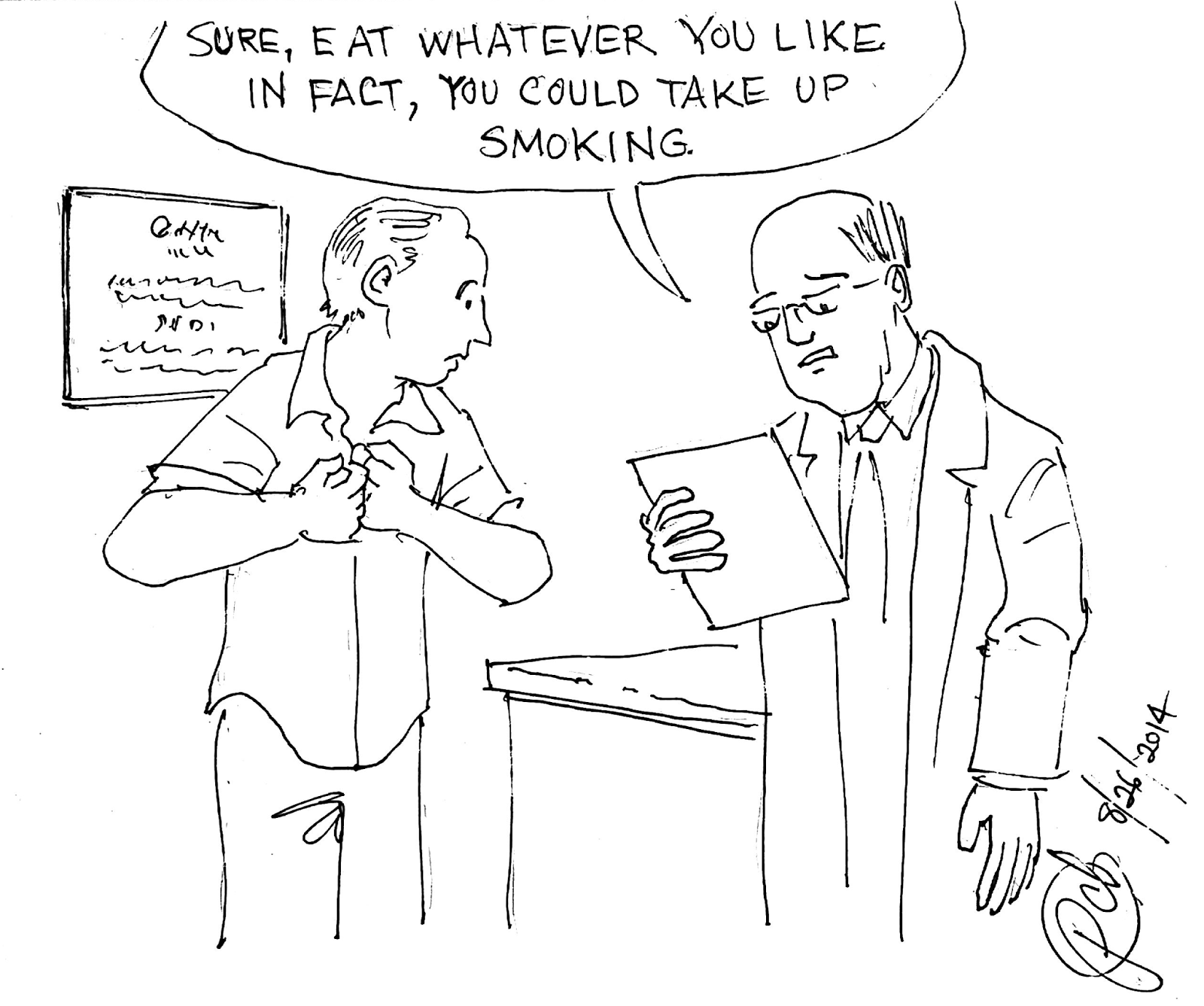 The New York Times is reporting that the first issue of Action Comics, in which Superman debuted, was sold at auction for $3.2 million. And that's not even original artwork ... just a printed comic book.

I want to point out that I'll sell any of the original artwork that went into any post on this blog, signed, for half that much!!! 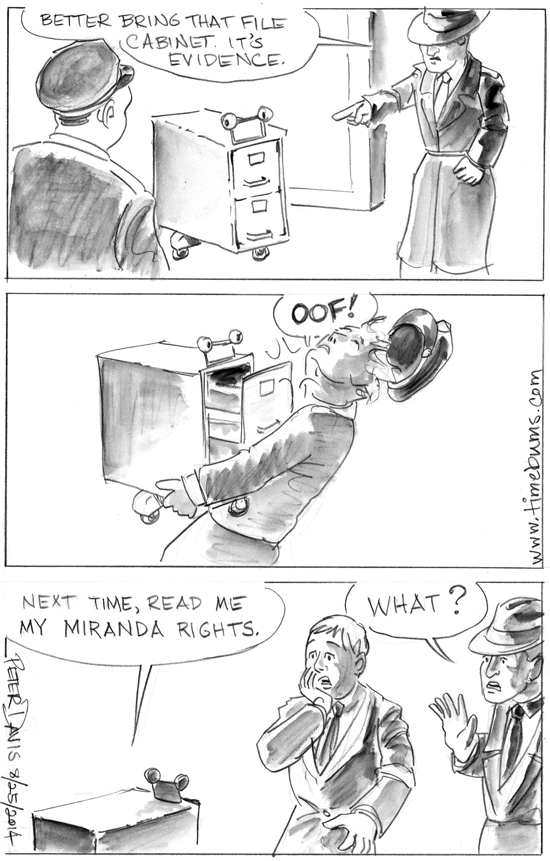 “What is wrong with the world?” you may ask. It’s
An uptick in the sales of caskets.
When our tank-driving cops
Make routine traffic stops
Then it’s time to buy stock in handbaskets.

We’ve noticed that the news media, and TV in particular, have created a number of phrases that have been repeated so often they’ve become clichés, to the point that changing the phrase creates a jarringly different meaning.


Note that “media morons,” despite the appealing alliteration, is not an oxymoron. It may, in fact, be redundant. 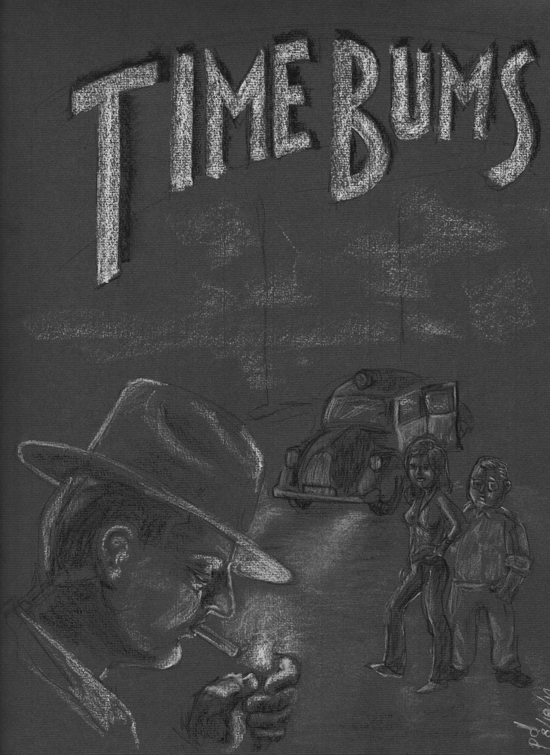 It’s hard to try to write something funny while the world is still reeling from the suicide of Robin Williams, for several reasons:
Ignoring the fact that psychotherapy is basically an armchair sport anyway, let’s consider the man’s work. A few months ago, the annual Tony Award presentation show included a clip from the Broadway incarnation of Disney’s Aladdin. Unfortunately, that excerpt really only emphasized why some movies should not be adapted for the stage. Apart from missing the magical quality of Disney’s animation, the performance of the song “Friend Like Me” really suffered without the frenzied craziness of Williams’ rendition. Genie was, in some ways, the perfect Robin Williams role. The fact that he improvised much of it demonstrates this.

A few years ago, we saw Williams in the title role of A Bengal Tiger in a Baghdad Zoo on Broadway. Williams had certainly played non-comedic roles before, but this one, on stage, seemed like a major shift. And in my experience, actors who take on roles way outside their usual spheres are trying to prove something.

Consider Marilyn Monroe in The Prince and the Showgirl or The Misfits. Or Tom Hanks in … well, almost anything since Bosom Buddies. Or Mickey Mouse in Mickey’s Christmas Carol. These actors were all trying to demonstrate their versatility ... to show that they had more than sex appeal or silliness or whatever Mickey Mouse has.

Well, here I am, trying to be an armchair therapist. And it’s too soon. This is not funny. Bad Tech Curmudgeon! Bad! 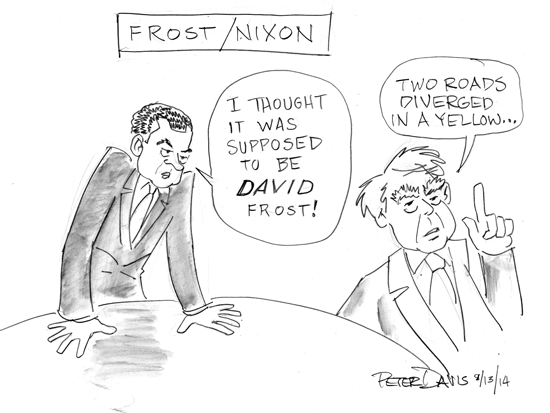 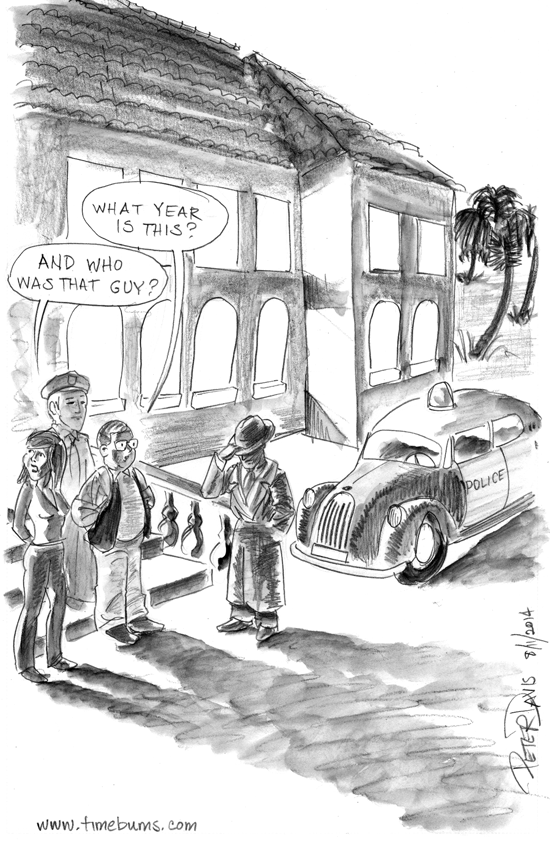 I draw the line at whole wheat bread.
I know it’s healthy but I’d rather be dead.
Regardless of brand
It is grainy and bland.
Just give me a good pumpernickel instead.

I hate inedible edamame.
Give me a slab of kosher salami.
Those beans of soy
Bring me no joy.
I’d much rather have a hot pastrami.

I’ve tried the mesclun and arugula habits,
But they just seem like food for rabbits.
I’ve been tempeh-ed. I’ve been tofu-d.
Trust me on this: That is no food.

So keep your sorbet and frozen yogurt.
No pain, no gain, and these have no hurt.
Weight loss is still loss.
Give me hot fudge sauce.
Otherwise it’s just not a dessert.

I don’t think I have much in common with Western folk hero “Wild Bill” Hickok, but one trait we share is never sitting with our backs to the door. At least, that’s how he’s portrayed in Little Big Man, by the late Thomas Berger. In Berger’s book, Hickok was worried about getting shot in the back, so he always wanted to sit with his back to the wall. I’m not so worried about getting shot, but I don’t like the sensation of people standing behind me, carrying things, walking around, etc.

I’m telling you this for two reasons. First, you can appreciate what a charmingly quirky and idiosyncratic guy I am.

But the second reason is that I want to sing the praises of Berger’s 1964 novel. It recounts the story of Jack Crabb, who was abducted/adopted by Cheyenne as a child, and spent most of his 111 years wandering the “wild” West, living among both native and non-native Americans, and encountering notables like “Wild Bill” Hickock, Wyatt Earp and Buffalo Bill. He was at the Battle of Little Bighorn, but it’s not clear whose side he was on.

I have to admit that I read Little Big Man a good many years ago, and I’m a somewhat fuzzy on the details. There’s also a movie adaptation from 1970, starring a heavily made-up Dustin Hoffman as Crabb, but it’s not as good. (Not bad as a movie though!)

But the main point I remember is the sense that the warring between the Cheyenne and the “white” men is an unavoidable clash of civilizations. In fact, this book and the movie roughly coincide with the founding of the American Indian Movement, the publication of Bury My Heart at Wounded Knee and other milestones in recent Native American history. Berger is clearly more sympathetic with the Cheyenne, depicting the non-natives as boorish, brutal and stupid. Yet he doesn’t blame them. Boorishness, brutality and stupidity are just part of their culture.

Come to think of it, that stuff may not have been Berger’s intention at all. Maybe that’s just what I took away from it. I’ll have to read it again. Or rent the movie.

Anyway, there’s probably something in here that’s applicable to the current Israel/Gaza fighting, but I’m damned if I know what. I’m not saying that, for example, one side’s constantly trying to kill all members of the other side and obliterate their nation doesn’t qualify them as the aggressors, but there are clearly bigger issues here that are not ever going to be settled by warfare.

Not that I’m qualified to comment. Just another of my endearing quirks. 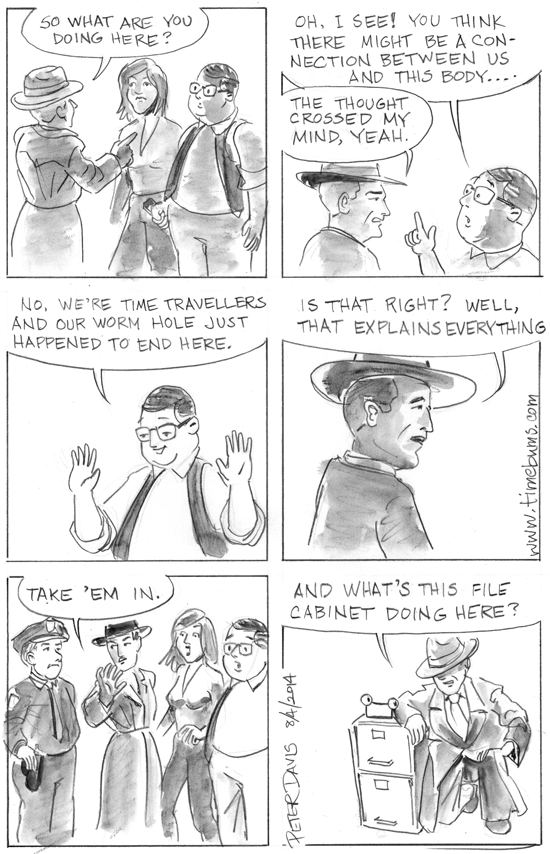