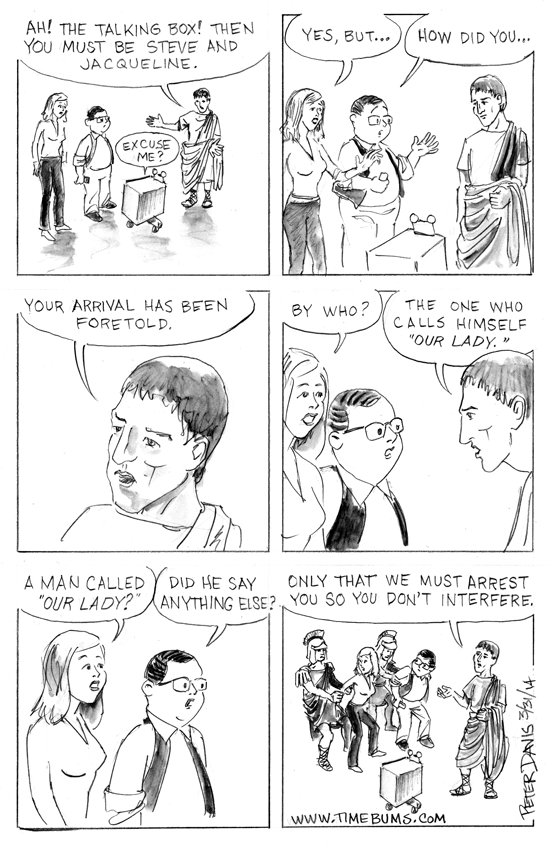 As Obamacare faces delay, or,

Scorn from each opposition nay-sayer,
They’ll again try repealing
With threats of debt ceiling.
What we really need is single-payer!

In the Spring a young man’s fancy lightly turns to thoughts of “When the fuck is this weather going to end?”

For those of you not in the Boston area, we’re expecting some more snow tomorrow. Not much, but by the official count, this will be our gazumptillionth storm of the season. I don’t know if this winter breaks any records for coldest, snowiest, most storms or what, but it definitly sets a new record for “most annoying.”

Being a rugged outdoorsman (I carry a pocket knife so I’m always equipped for any possible invasion from Switzerland.), I’m particularly beset by the prolonged arctic conditions. Bike commuting becomes difficult when your fingers freeze to the handlebars, and icicles dangle before your eyes. It doesn’t help that you have to bike over packed snow, ice patches, and the frozen remains of earlier commuters.

Meanwhile, forecasters keep warning about about snow, sleet and “frozen mix,” which sounds like some sort of Green Giant concoction. Surprisingly, they’ve underestimated most of the snowfall totals this year. Usually they’re the ones to spread panic and convenience store congestion. It’s good for the ratings. And again and again, we’re treated to live footage of this or that poor neophyte weather person standing in the midst of swirling snow and gale force winds to bring us a full account of what’s happing outside our doors.

Normally, I’m a fan of weather. I mean, I’m not one to go chasing hurricanes, but I enjoy the fact that this area has very different seasons. I still get a child-like thrill from the Currier and Ives beauty of the first snowfall. 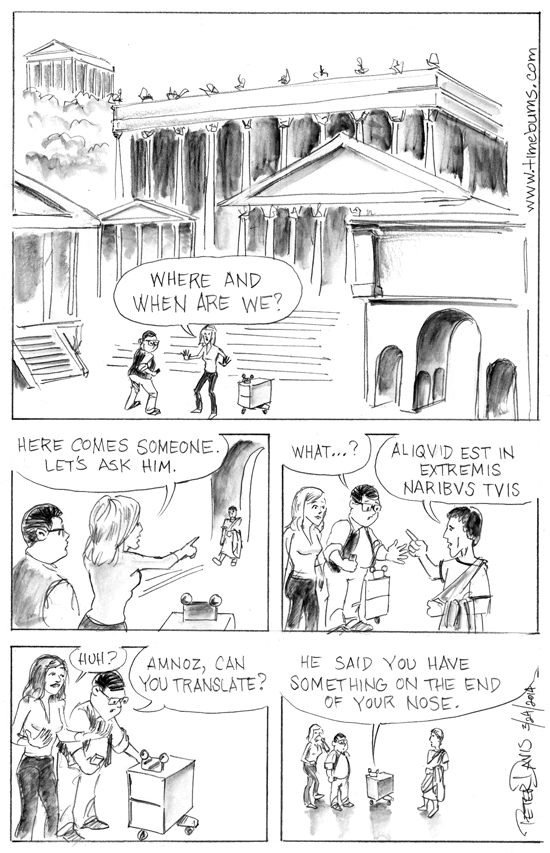 Every day something happens that’s new
(Or that’s how it’s reported to you.)
Global strife. Missing jets.
U.S. life. Russian threats.
Yet it seems somehow like déjà vu.

I’ve always been interested in the question of what art, or Art, is or isn’t. Certainly there are loads of things presented as art that many of us would consider more in the category of crap. Now I don’t have a good definition for Art, but in my view, it has to say something.

It’s conceivable that you could find some junk in a dumpster, put it on a pedestal, and it would be art. But it would have to be junk that, at least in the context of sitting on that pedestal, gets a response from people experiencing it. Oh, and that response has to be something more than “Hey, cool piece of junk on a pedestal!”

More specifically, it has to say something about our human-ness. An organization chart says something. It says “Look who’s boss!” But that’s not art. At least, it’s not capital A Art.

I’m reading Walter What’s-his-face’s biography of Steve Jobs, and I’m struck by how frequently he refers to Jobs as both an artist and a technologist.

Steve Jobs was certainly a rare and gifted individual, but ...

Some years ago, I had the good fortune to see the late George C. Scott starring in Death of a Salesman. I’ve seen a lot of plays and musicals, of course, but this is the only time I remember the audience being too stunned to applaud during the curtain call. Seriously. The curtain call was half over before people started clapping, and I’m sure it was because they, like me, were completely in shock. (Post-dramatic stress disorder?) We felt we had just come face to face with TRUTH ... with incredible insight about the characters in the play, but also about everyone, everywhere. How we spend our lives pursuing dreams, often failing because of our own shortcomings, but always holding on to the phantasm of utter fulfillment. It was an experience I’ll never forget.

Now THAT was Art.

But a cool looking iPod? 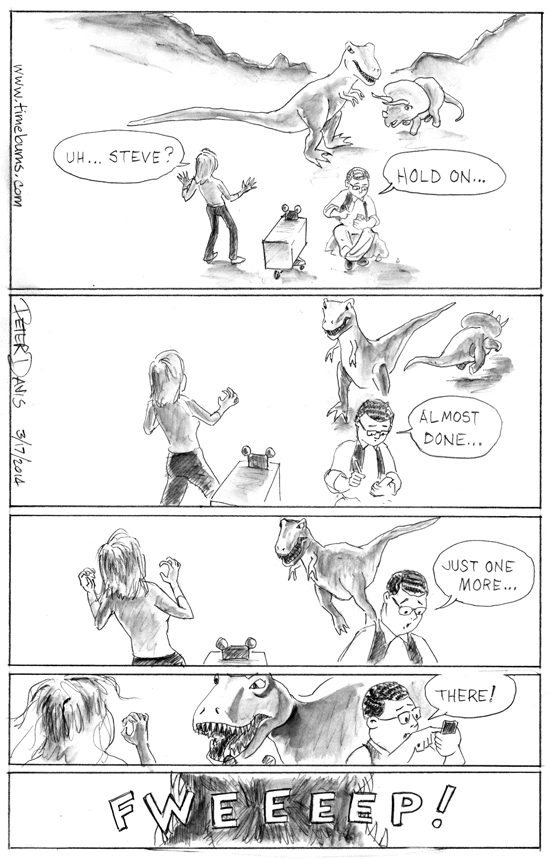 There’s been a lot of talk lately about income inequality, but no one’s addressed the real underlying issue of fortune inequality.

Consider former Republican candidate Mitt Romney. In a famous video, he dismissed nearly half of Americans as takers … people who are sponging off of the hard-working earners who had the foresight to be born to former auto executives and governors of Michigan. But Romney was able to overcome these advantages by selling some stock.

Or consider the Koch brothers, Groucho and Cheapo, innocent victims of a series of lawsuits which left them saddled with responsibility for Daddy’s oil business and its enormous profits. By sheer determination, they’ve been able to scrape together a few meager millions to fight the evils of environmental indulgence and healthcare coddling.

And, of course, there’s the seemingly endless succession of Bushes, burning with political ambition but afflicted at birth with a father who was “out of the loop” during the Reagan administration.

All of these victims faced adversity and ill fortune without complaint.

Compare this with all those whining lower and middle class ne’er-do-wells who rashly got themselves born into broken homes, to drug-addicted or HIV-positive parents. Surely those immoral and amoral parents deserve to see their children marginalized by good, earnest job creators.
Posted by Unknown at 12:00 AM 2 comments 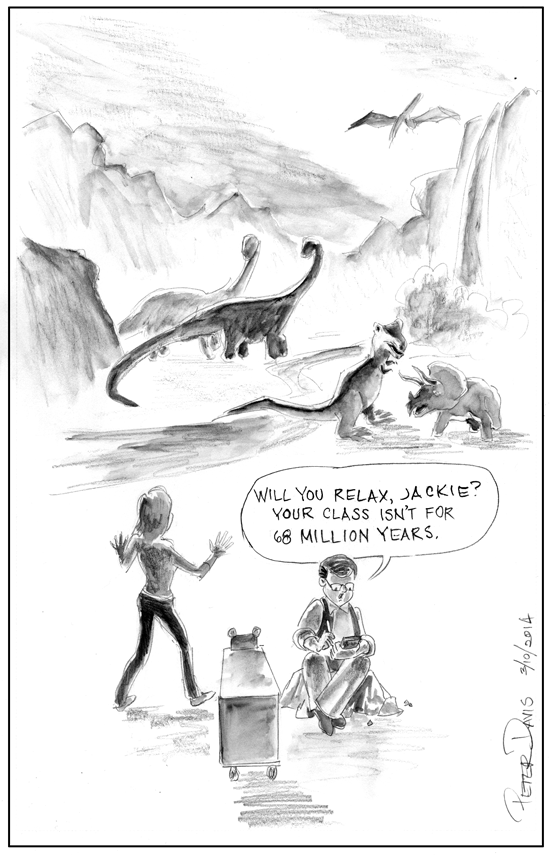 It seems every blogger I follow feels compelled to say something about the Oscars show, so I may as well join in.

First of all, I didn’t get to watch any of it. For most of it, I was on the phone with Verizon customer service, either trying to upgrade my phone or trying to cancel the upgrade. I’ll explain in a moment.

But once I got off the phone with Verizon, we discovered that our FiOS set-top box was completely frazzled. It just displayed 88888 with a few miscellaneous other red and amber lights. After unplugging and re-plugging it a few times, we succeeded in getting it to display nothing at all.

So … another call to Verizon is needed. Actually, a third call, because we also have to complain about being charged to have a guy to come out and replace a battery in our endlessly beeping ONT box which is buried behind panelling and generally impossible to access. (They assured us they would only charge us if it turned out to be something we could have done ourselves, but it wasn’t and they did anyway!)

On the phone upgrade, here’s how brilliant Verizon is. A couple of years ago (minus 3 weeks, apparently) we switched from T-Mobile to Verizon. We did this for a variety of reasons, but masochism was not among them. We’ve had adequate service from them since then (apart from the beeping box and the dead TV receiver), but the battery life in my phone … well, there’s no other way to put it … sucks. I basically have to re-charge in the middle of the day, or the phone dies by the time I get home at night. This is even with Wi-Fi, BlueTooth, GPS and all those other techy things turned off!

So we go to a Verizon store, and they say: Your contract expires in 3 weeks. You can’t upgrade until then. What?!?! Think about this. I’m ready to hand them $300 for a new phone, and sign up for another 2 years, and they refuse! How could they not think my next move is to the T-Mobile store?

It gets better. We’re so perplexed by this that we decide to call Verizon when we get home. After much quoting of policy and procedure, they explain that although I’m not eligible to upgrade my phone for 3 more weeks, my wife is entitled to an early upgrade, because her phone is not smart enough. The customer servant explains that they can use her early upgrade to get me a new phone, but that she would then have to wait until the contract expires.

I really should have smelled trouble there, but … call it a moment of weakness … I agreed. We’d get me a new phone, and my wife, who wasn’t planning to get a new phone anyway, would have to wait 3 weeks to not upgrade.

I think you can guess where this is going. Of course, when we finally got an email confirmation of the order, it showed they were giving my wife an upgraded phone and, to sweeten the deal, they were tacking a $30-a-month charge on her line for data service ‘cause what’s the point of a smart phone if you don’t have data? We immediately got back on the phone to cancel the order.

Now the next customer servant decided to cancel the phone by calling the line to activate it. He figured it would ask for approval of the terms and conditions1 and he could cancel the order simply by refusing to agree. We actually got the entertainment of listening to this Verizon guy trying to use Verizon’s voice mail system. Total fail.

Finally he connected us to a technical support guy who would supposedly be able to cancel the order. Well, he told us he would submit the cancellation, but by the way, we might still get a phone delivered to our doorstep, and we have to return it immediately without opening the package. Having no other recourse, we had to settle for that.

And that’s when we discovered that our Verizon FiOS TV receiver had died. Coincidence?

Others may disagree, but that’s my take on this year’s Oscars show.


1 Standard terms: You owe us forever. You have no way to reach us except by waiting on voice mail, listening to our ads, for an hour or more. We arbitrate any disputes and you waive all rights to tell anyone about it. Sign here.
Posted by Unknown at 12:00 AM 0 comments 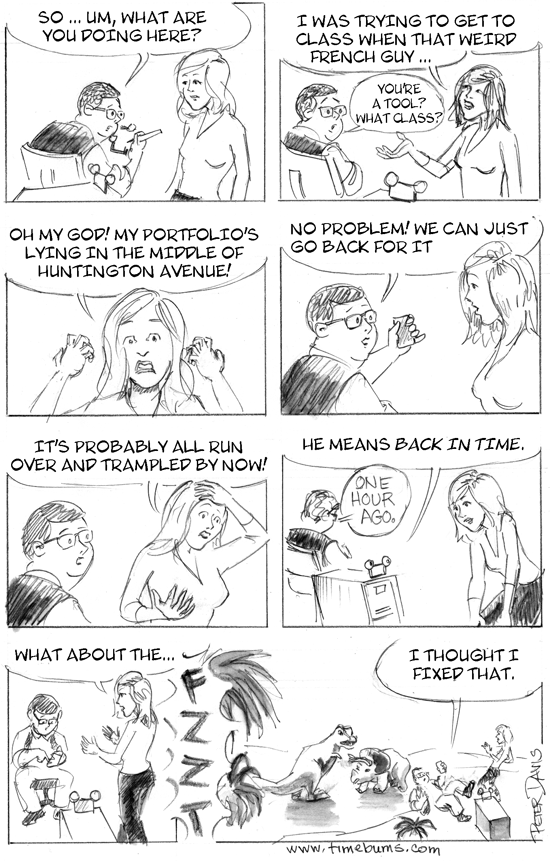