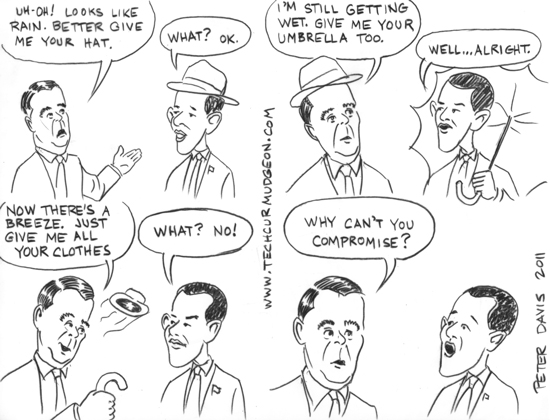 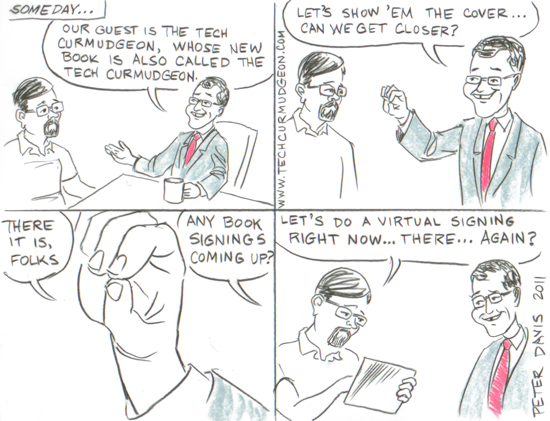 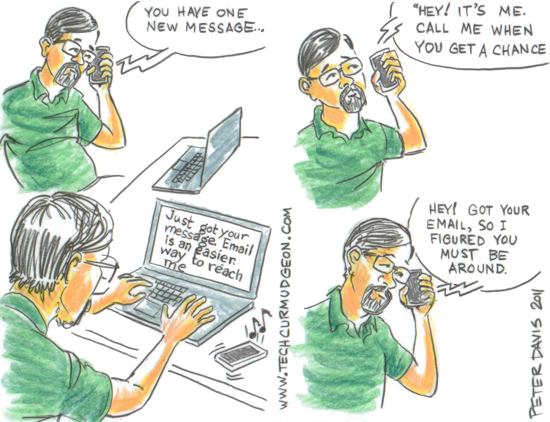 The Three Principles of Tech Curmudgeonliness 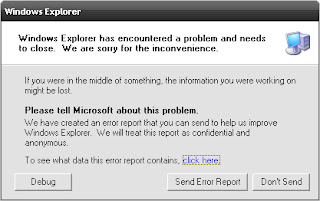 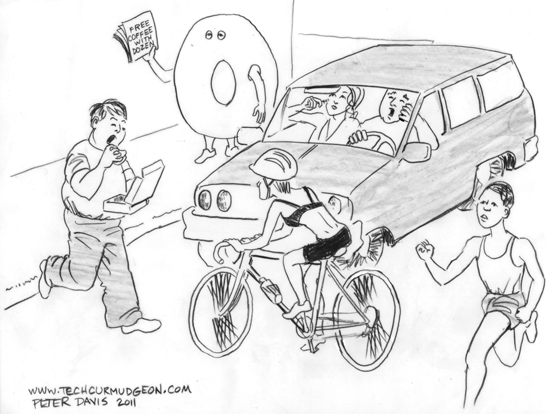 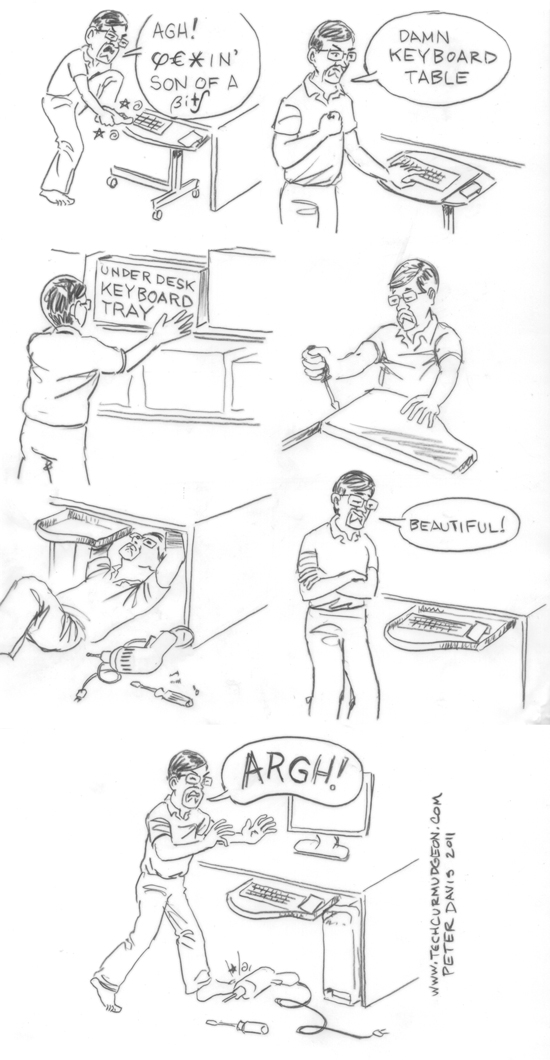 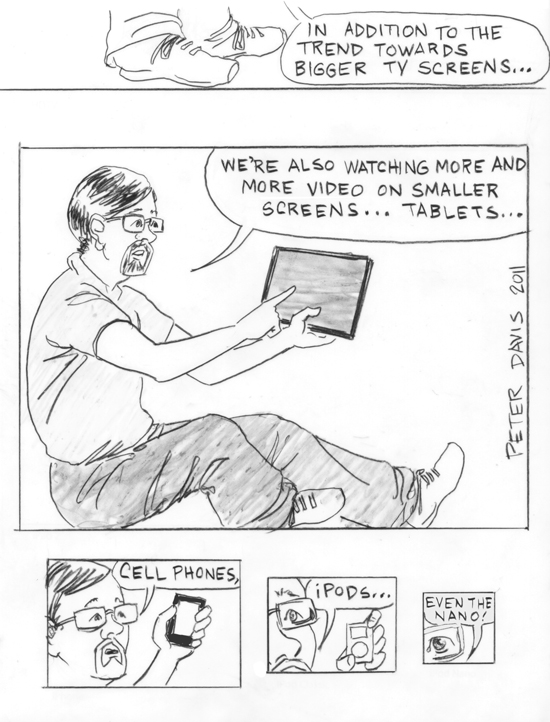 It's finally over.  Osama bin Laden's been killed.  "Whitey" Bulger's been captured.  And now Voldemort's dead.  Somehow the movie imparts a greater sense of finality than the book did.  Maybe we actually needed to see Harry, Ron and Hermione as dowdy, paunchy middle-aged people ... as, ugh, parents!

Parents don't fare too well in Rowling's world.  With the exception of the Weasleys they're mostly absent (Hermione's folks), abusive (the Dursleys), infectiously evil (the Malfoys), or just plain dead.  Young readers can indulge the fantasy that their real parents are kind and just and good, unlike the morons they're forced to live with.

The HP stories are interesting both because they follow in a long-tradition of hero legends, and because they don't.  The tales of the superhero predate even the King Arthur fable, going back at least to Achilles and Beowulf and Gilgamesh.  People seem to love these stories of someone with extraordinary powers, generally foreordained by birth or magical circumstances, arising in order to set things right.  In addition to those mentioned above, there are the Last Airbender, Frodo Baggins, Clark Kent, Luke Skywalker and many others.

And Harry Potter has all the traditional earmarks.  He's chosen by prophesy.  His noble lineage is hidden from him.  He copes with both celebrity and scorn in his adventures.

But there's one major difference between Harry and most of the other legendary heroes  ... He's actually a pretty mediocre wizard.  He's not as bright as Hermione, and nowhere near as powerful as Dumbledore or any of the Deatheaters.  He and his friends are completely outmatched in the battle at the Ministry (Harry Potter and the Order of the Phoenix), and Snape essentially toys with him in Harry Potter and the Half-Blood Prince.  Harry himself acknowledges that most of his successes were the result of pure luck, with no particular skill or knowledge.

In some sense, Rowling created the first politically correct legendary hero ... one whose strength is his ordinariness.  He succeeds because he has friends.  That's all.  Like the politically correct view of history, that things happen because of tides and trends rather than individuals, Harry is caught up in the forces that surround him.  Even his prophesied role comes to him because Voldemort believes the prophesy.  It's self-fulfilling.  The chosen one could just as easily been someone else (though Neville Longbottom and the Chamber of Secrets doesn't have quite the same ring.)

The question is: Does the politically correct hero story work?  Does it satisfy the urge that has driven people to create and embrace these legends for thousands of years?

Judging from the crowds at the midnight release of the final book in 2007, or the final movie today, the answer appears to be: Duh!
Posted by Unknown at 2:22 PM 2 comments 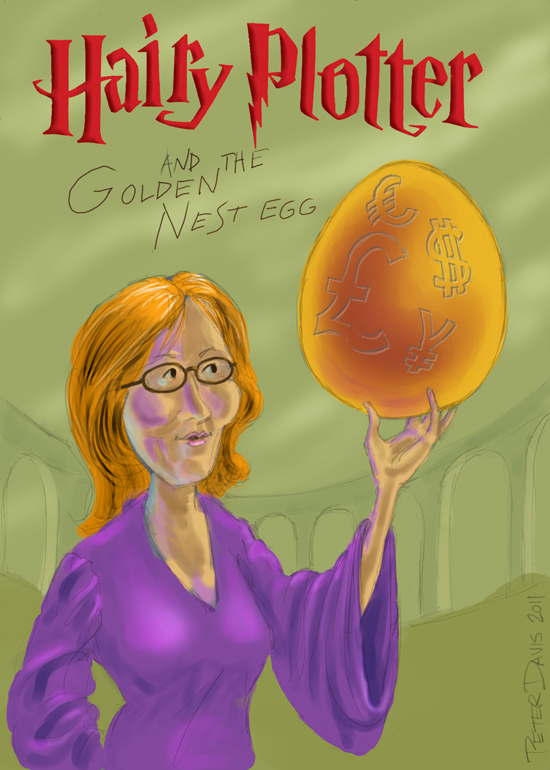 As technology advances, the life span of a species, from invention to obsolescence, gets shorter. The species known as GPS is already facing extinction, since most smartphones can now perform the same functions, and are cheaper. In fact, the smartphone is a kind of Swiss Army Knife of techno-toys. I'm in the process of switching to phone-based navigation, as my once beloved GPS is showing distinct signs of dementia.

I jumped on the GPS bandwagon whole-heartedly. One of my completely irrational fears is of being lost while driving in a strange city (and I consider my hometown pretty strange.) I think the clinical name is wherethehellamiphobia. I have a severe case. I loved the idea of a gentle guiding voice giving me step-by-step, turn-by-turn directions, each one just as I need it. Even on familiar roads, I thought, the infallible companion would be soothing and reassuring.

I got used to Dominatrix's quirks, but I don't think she ever adjusted to mine. She started to show signs of mental breakdown. Once, right in the middle of the Verrazano-Narrows Bridge, I heard her venomous "Recalculating..." How could we change routes in the middle of a bridge? I glanced at the screen, and saw just the car icon, surrounded by blue as if hovering in the air somewhere over New York Harbor. I think it was the first sign of her latent homicidal tendencies.

Later, she stopped speaking to me altogether. I could still follow the maps, but got only scornful silence from her. Finally, even the maps stopped displaying. 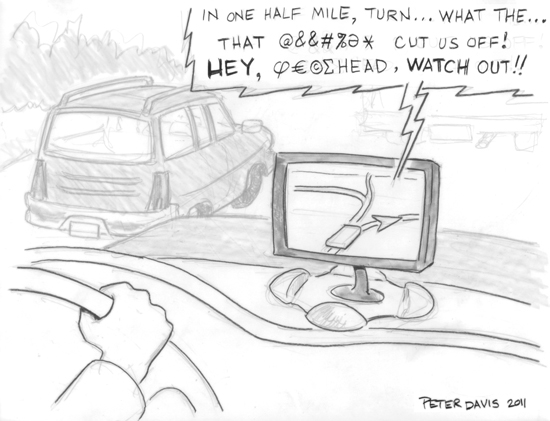 The new cigarette packaging, with highly graphic labels, is intended to discourage smoking by associating cigarettes with strong images of disease and other consequences of smoking.  This success of this campaign will likely lead to graphic association ads in other areas as well.  Here are samples of ads and packaging consumers can expect to see in the near future.

On this date in 1776, a bunch of guys in Philadelphia signed a one page document that listed reasons why the American colonies should split off from the British Empire.  This document listed a bunch of gripes against King George III, but also made more abstract arguments based on current ideas about the philosophy of government.  The words and ideas in this document helped inspire people to fight a war of independence that lasted for eight years, and led to the founding of a new country.

And it didn't even use PowerPoint.
Posted by Unknown at 9:00 AM 0 comments