There was a great graphic in XKCD yesterday, depicting the scale and distribution of money in the U.S.  However, because of it's scope and completeness, it may have obscured one issue which is at the heart of the whole Occupy Wall Street movement.

According to Forbes (quoting UC-Santa Barbara professor G. William Domhoff), the top 1% of the country controls 42.7% of the financial wealth, which looks something like this: 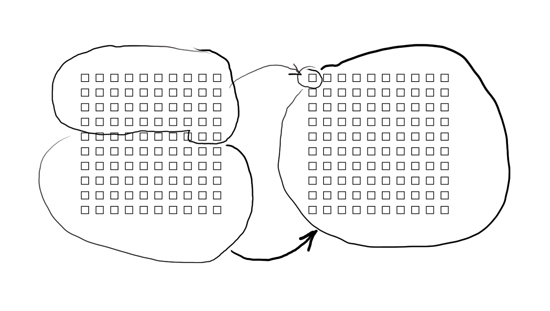